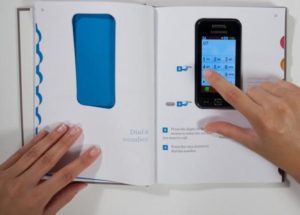 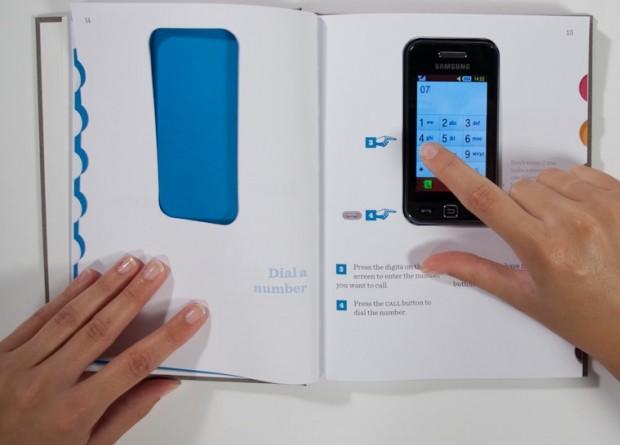 A concept created by the studio  VitaminDesign  makes reading the manual for a smartphone experience easier and more pleasurable. The Out of the box as it is called, makes the unit comes into its own instructions, as if it were its packaging. So, you learn the basic functions of the device before removing it from the “box” for the first time.

he package consists of two books. The first, which is originally contained in the device, shows the assembly of the device, showing how to insert the SIM card and battery, for example. The second – in which the cell should be placed after the preparation of the first book – demonstrates how to use the basic functions of the device, such as calls, messages and Internet access.

The idea is to make life easier for those who have trouble learning how to drive their newly acquired devices precisely because they did not read the manuals. As the standards manuals often have a complicated language and technical jargon, the team decided to innovate by developing VitaminDesign instruction books with simple design and dynamic content, which shows how to use the machine from his own.