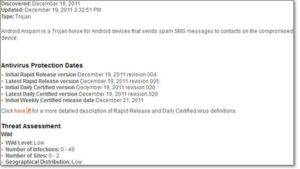 Symantec has published on its website the reports on a new threat to Android devices. It is a malware , identified as Android.Arspam , discovered by the team in recent days and potentially able to send SMS from the device containing the infected spam to contacts in your address book. 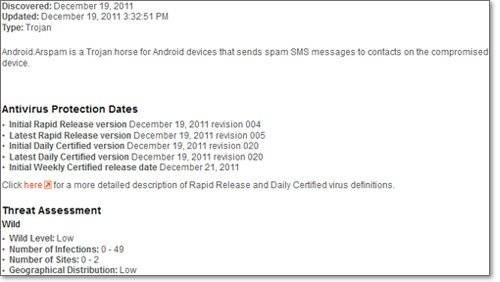 The method chosen by the creators for its spread is rather bizarre:Android.Arspam is designed to target particular devices of the Middle East region, particularly those with high presence of Muslims, because it installs itself as a useful application to recognize the orientation which addressed their prayers.

Strange also the end of the malicious code , which instead of pointing to an increasingly widespread, simply SMS text includes a link to a forum in which it is celebrated the figure of Mohamed Bouaziz , the young Tunisian activist,became a symbol of popular uprisings that shook the country last year.

Rather than defining the threat a real malware, one can therefore speak of “hacktivism” , a neologism coined to define this type of actions, aimed at raising public awareness through the execution of unauthorized transactions on users’ devices.