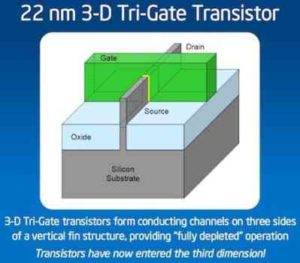 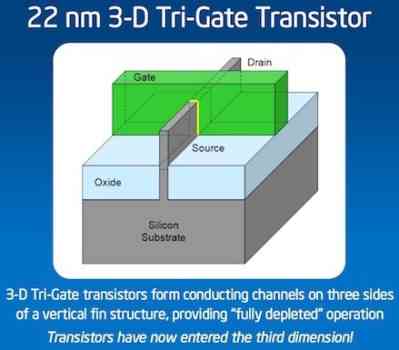 Scientists already provide concrete examples of the comparison of three-dimensional transistor on the basis of the elements of III-V (third and fifth groups) with silicon chips.According to them, the 22-nanometer technology , which has already passed the company Intel – it’s almost the limit for silicon, and further the transition to other, more modern standards, in any event require the use of other materials. Intel has so far not commented on the statement, but we know that in its laboratories have tested the chips created on 14-nanometer technology.

Elements of III-V offers a much more modern approach – A 10-nanometer process technology, and this, according to the researchers, their obvious advantage over silicon.Scientists working on all these technologies, one of the secrets revealed: Their new 3D transistors, rather, the nanotube-cutting them, are made of an alloy of indium, gallium and arsenide (InGaAs). By the size of these transistors are much smaller than those used in silicon processors, due to a thin layer of aluminum oxide. This will allow the mounting of more transistors per unit area, plus a smaller size will reduce energy consumption and heat output.

The developers also said that even the current level of technology allows 3D-transistors of indium, gallium arsenide, and so they are confident that the future belonged to them.