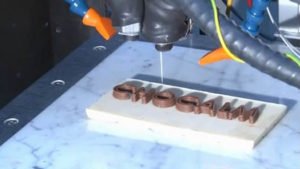 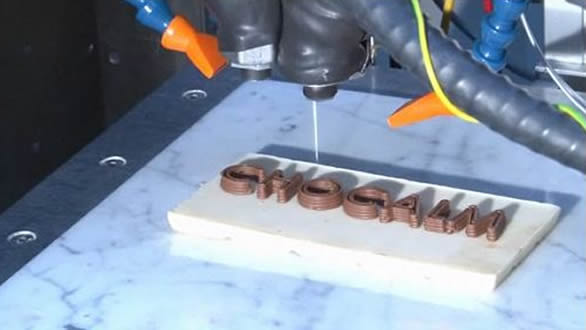 We have spoken several times to the present and future of technology. May be marked by the advancement of 3D printers . Future among its many capabilities is the building materials of all kinds and in the coming weeks will reach the world market with the first printer 3D modeling chocolate digitally printing in three dimensions.

Designed in the UK by researchers at the University of Exeter, the team developed a prototype last year have now perfected. Liang Hao, a scientist at the University, later founded Edge Choc to market the device.

The machine is presented as a 3D printer with the peculiarity that instead of using plastic ink or Chocolate. Liang explained the process:

We improved and simplified the machine, so it is now very easy to use. Is only necessary to melt some chocolate, filling a syringe placed in the printer and to obtain a chocolate with an original form. Users can design and manufacture their own chocolate from the face of a friend’s favorite toy as a child. In the long term could be developed to help consumers personalize the design of many products from different materials, but we started with the chocolate.

Machine is expected to be put up for sale later this month of April on sites like Amazon but you can also go to the very Choc Edge . I leave you with another video of this  3D printer.