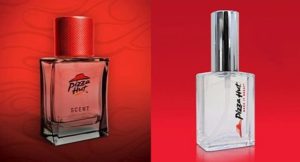 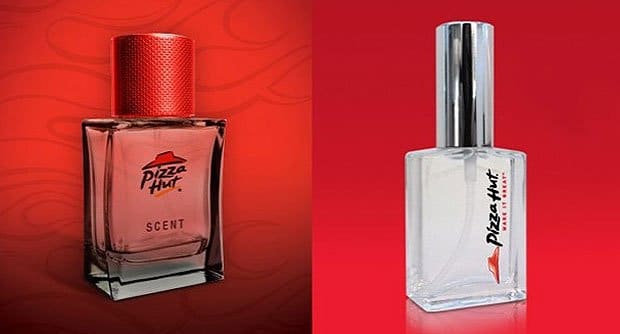 Fast food chain Pizza Hut has released a perfume. Of course, with the aroma of pizza.As acknowledged by the director of marketing network, the hardest part was not to recreate the smell of many ingredients, and fresh bread.He said,

It smells not just like bread, but very similar

The company asked on its Facebook page about the smell of pizza Would you like the flavor of fresh pizza and what you would call this kind of perfume? The question had many responses, including  “Pizzaz,” Perhaps it was a meaningless question, designed to dispel melancholy community readers, though it caused a flurry of comments and apparently prompted the owners to create a network of real perfume.

Aroma Pizza Hut limited edition(only 110 bottles) distributed to the members of certain social network, Those who were sent quick responders on the company’s Facebook page. Pizza Hut does not believe the perfume will be only used as a body spray, but also as a room fragrance.

Incidentally, this is not the first time the company will release “culinary” perfume. In 2008, tried to launch own perfume in the network fast food restaurant Burger King. Alas, perfume with the scent of grilled meat on four dollars a bottle, did not hit.