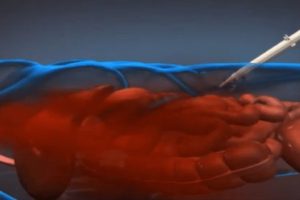 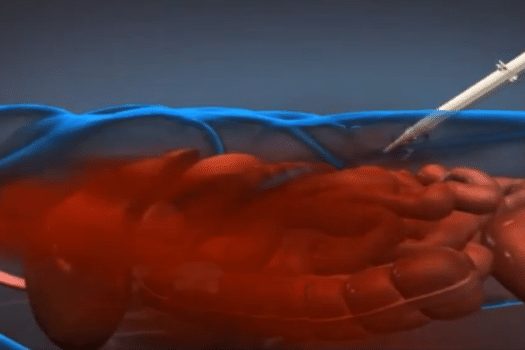 What we see in the pictures is named Stasis Wound System , the  program funded by DARPA. One type of  an injectable foam that is able to stop internal bleeding and stabilize organs so that a soldier can travel safely.

And as explained from DARPA , in a war situation, the rapid stabilization of a wounded soldier and disposal in the field are vital. One of the main problems arising from internal injuries, wounds alleviate extremely complicated at the moment for further handling.

The foam is actually developed polyurethane polymer . A material is injected into the patient as two different liquids. When they both meet and mix into the abdominal cavity, expand to 30 times its original volume, solidifying after to stop the bleeding and keeping all the organs in order until proper medical attention can be administered.

A foam according feature can also be eliminated from the body by a surgeon in less than one minute, usually as a solid block that just leave fragments behind.

DARPA tests conducted by the material have shown that severe bleeding is stopped in internal wounds during a maximum of three hours , with a decrease of up to six times in blood loss during that time. Also, ensure that the survival rate in patients with the material increased from 8% to 72% .