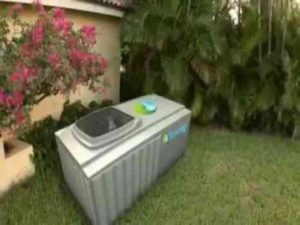 Access to clean water is a real problem in many parts of the world. There are several solutions today. Here are the Skywater machines, which extract drinking water from the air. 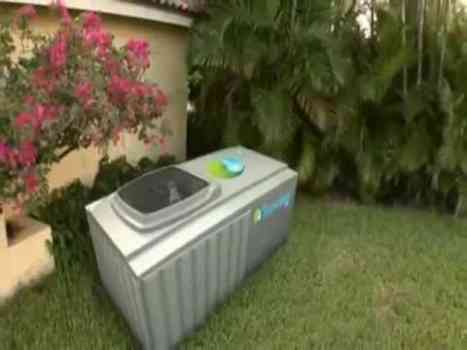 It is a team based in California who designed the Skywater machine . It is able to extract drinking water directly from the air. These machines can produce up to 1,100 L of drinking water. The Skysource / Skywater Alliance is an organization of sustainability experts. He recently won a $ 1.5 million prize for the development of these machines.

The machine in question is placed in a large metal box. Generators condense the water vapor from the atmosphere and turn it into drinking water. Food can be provided via biofuels or solar energy. Depending on the model, the Skywater machine can be adapted to agriculture, domestic use or to deal with emergency situations.

Lack of clean water is a real problem in some parts of the world. David Hertz, a member of the Skysource / Skywater Alliance, is very excited about what these machines can do in these areas. According to him, there is enough water vapor in the air for the machines to extract gallons of drinking water every day.

And the air is full of water vapor to exploit!

According to his estimates, there would be “37.5 million billion liters of water” in the atmosphere at any given time. It’s more than there is in every river on the planet, according to Skysource.

When you will purchase the Skywater Machines?