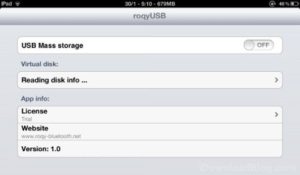 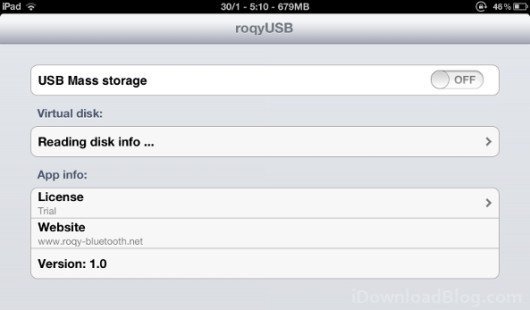 With the jailbreak of iOS 6.1 ports we want to show a great tweak on Cydia that allows you to use your devices as if they were USB pens, storing in any file without the use of third-party apps.

All competing devices offer as standard – or almost – the ability to use the interior space as if they were mass storage devices, allowing you to insert any file in the folder that we need on the move. To have your files is sometimes necessary and can have them in your phone – which we always carry around with us – it is definitely a plus.

We know that iPhone does not have this basic feature but there is help with roqyUSB , a tweak that lets you create within your iOS devices a virtual hard disk that can be used via USB connection as mass storage. roqyUSB not the first tweak that “transforms” our devices in USB pendrive, but the first with these features present on one of the default Cydia repositories. 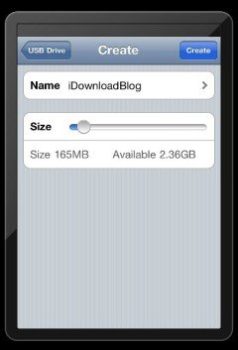 roqyUSB app is free with no time limit, up to 128MB of space on the device. If you need more space you have to buy the paid version will cost about € 5. The space will be used by the application even when you will not make direct use, creating a sort of partition that can not be accessed by traditional content of our devices (apps, music, videos, photos).

There is already a free tweak that perhaps works better than roqyUSB in its current version, and we’re talking about USB Drive Dmytro. Unfortunately, it will not be compatible with the next jailbreak of iOS 6.1, which will be released in the coming hours as Apple has removed the file  USBDeviceConfiguration.plist that the tweak was going to change for its correct operation.

roqyUSB is available on the repository ModMyi on Cydia and is compatible with iPhone, iPod touch and iPad. It has been tested on iOS 4.2.1 and iOS 6.0.1 by the developer.