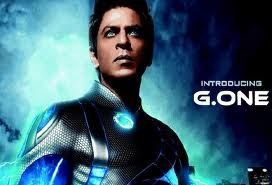 The ambitious project of  Shah Rukh Khan” RA.One”which will be release on  this Diwali, is giving the superstar a lot of troubles . From the begning  SRK faces many difficulties and now when  only ten days left before its release, the finishing process of a feature filmis not complet yet The heavy dose of animation in the film  called “digital intermediation”  is very  far from the finishing line of RA. One  and King Khan is very much worried about this metter a source said, recently  when SRK come to studio where Anubhav Sinha, who was already in the studio had to face SRK’s anger when SRK lost his cool   during digital conversion with director Anubhav Sinha and his team of the film RA.One. On  other side a joke which is probably started by the SRK haters on Facebook is that after October 26, when his Ra.One releases this is what Shahrukh will be do. 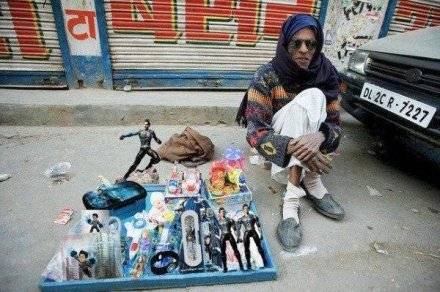 Look cearfully The guy in this photograph is indeed a spitting image of  Shahrukh Khan the superstar of Bollywood. The joke obviously tells that the film would be such a flop and would bring the king  Khan on the road, but Shahrukh Khan  take the image in light spirit.

the source said, to complete the “RA.One” Whole  team  is under a lot of pressure because Some minor fixes like colour correction and digital intermediation left to be done and  team had to see the film in green background  known croma as the postproduction was not over they  have to see the final copy  yet .  Also needs the certificate  to mention about the length of the film,but director Anubhav Sinha said, Yes, there are many things which are happening in the postproduction activities but we all are working hard to solve them and  everything will be  fine soon and film will be set for a worldwide release on October 26, so they are trying to do every thing  really fast but  Shah Rukh is under a lot of pressure andhis night sleep is   taking away  to know about this delayand he  has been keeping a tab on  the post production activities. Shah Rukh was angry with  the post production and team for not meeting the deadline. Later,he  motivated them to finish work at time.