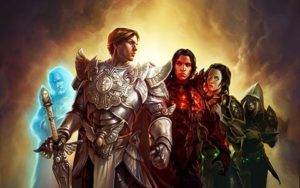 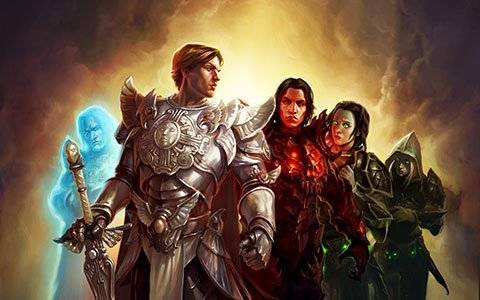 Continuation of the famous turn-based strategy with a variety of role-playing elements, simplified strategic component and a fascinating storyline

Step by step fantasy strategy have always been difficult, if not “hardcore” games and now the plan is not in vogue. Therefore, continuation of the once iconic exit strategies are not entirely in the form in which their fans will remember. First this fate befell a series of Disciples , now it is great ” Heroes of Might and Magic “.

After learning about the announcement of Might & Magic: Heroes VI , fans of “Heroes” was gathered to beat the drums for joy, because from the previous part of the past five years. Soon, however, musical instruments were removed and replaced with rotten tomatoes cooked. The fact that the authors of the new game from Hungarian studio Black Hole Entertainment , quite freely treated to the standards of the series. Even before its release it was announced that the new “Heroes” will be easier and more affordable, so it finally happened. In fact, the developers left intact only the basic mechanics. A player buys in the castles of heroes, exploring with them the land fantasy world, fighting step by step with neutral monsters and enemy heroes, once a week to employ an army of new men, seizes the mines, developing the city, etc.

Then begins the differences. The fact that the game is available only five races (demons, men, necromancers, orcs and goblins with a new race of aquatic creatures – a sort of cross between a samurai and sharks) are not so bad: the rest will probably be supplemented. The most important thing – there are fewer resources, and their sources are controlled by the forts, after the capture of which the surrounding mines will automatically come under your control. Also, in one lock is allowed to employ all available units at once. If the lock of another race, you can in one fell swoop “convert” it into your own. The developers have announced that because of this need not engage in petty showdowns for each mill and produce “transport” of the heroes to those occupied by abandoned mines or weekly rounds of the den units. Like, so help us to focus on large-scale battles for fortresses and not be distracted by petty squabbles.

Meanwhile, the fuss around collecting resources and recruiting fighters contributed to the attractiveness of the game. Previously it was possible to hold subversive, daring forays into enemy territory, cover him oxygen in the form of resources and, grabbing some mine, to entice the enemy hero and harass him. Now all really came down to a scale battles for forts. That’s just it’s boring at times and simpler: just enough systematically collect a powerful army and wait for the enemy to the guests. If the players in the multiplayer yet somehow bustle, the artificial intelligence in most cases behaves unspeakably stupid. He did not respond to any provocation and just sits in a castle or fort in da building up military strength. You have to do the same.

The authors of Might & Magic: Heroes VI  clearly opted for the creators of Disciples 3 : If the strategic component of much simpler, the role, by contrast, has grown. Heroes are clearly divided on the warriors and mages, they are endowed by branches of skills, just like Paladins in Diablo. Mass of skills, and on all occasions – from management and economics to military affairs, and several schools of magic. The developers tried to make the characters of different races as different from each other, so, for example, a necromancer magic of light available. Moreover, the unique racial ability appeared to be activated in battle as filling in a special scale. Thus, the demons called reinforcements, and the same necromancers revive their fallen soldiers.

The most interesting thing – a separate line of the skills that are associated with the world view of your hero: so, whether it is the path of blood and tears. Periodically, the game offers a choice – to kill enemies or to spare the Retiro, to resolve the conflict or peace to war. The more you choose, for example, the power method, the more blood is on the way and get the corresponding bonus. They are also unique to each race.Finally, there was a so-called “dynastic arms.” When you travel with this artifact, it is “pumped” and to give a new level gives the owner a nice bonus, for example, increases the growth of the number of soldiers for the army. The problem is that in a sea of ??diverse skills and artifacts are not so many really good. Some skills provide benefits ridiculous, others, such as diplomacy, and at all useless, others clearly do not work. Balance is also disturbed: while racial abilities considerably more powerful than other necromancers. 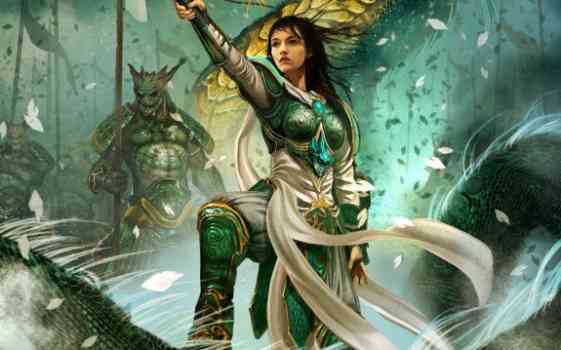 There were no changes in the combat system. First, as in  Disciples 3 , appeared on the battlefield objects (nodes) that give bonuses to those who turned out to be close. Second, as in “The Legend”, there were battles with huge bosses. It’s all good – the bad thing is that the nodes are virtually useless because of the inconvenient location, and the initiative is no longer playing the same role as before: the interception and counterattack almost gone. Throw in not the most user-friendly interface, the lack of an animated display in the castle building, and numerous bugs and poorly optimized engine and you’ll understand why so many are dissatisfied with the new “Heroes.” But here’s the paradox: to play them anyway you want. There are two reasons: multiplayer, in which there is no lingering of AI, and the plot.

Six “heroes” are far from ideal: in the game mass of large and small defects and roughness. Something has to be correct patches, to have something long and hard to get used to. However, the project has potential. Many people, especially beginners, simplifying management will appeal to the more graphic rather beautiful, wonderful music, and even there is an analogue of the achievements of the social network and other zavlekalochkami. A veteran with spitting and swearing all the same story campaign will take place – I wonder the same! Everyone, of course, you can not please, and do the same thing as before, it makes little sense: the fans will still play third. Therefore, developers have new, modern “Heroes” with which we now live. But this will agree, is better than live without them