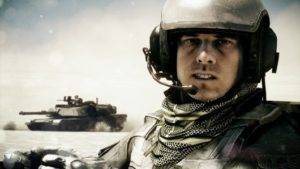 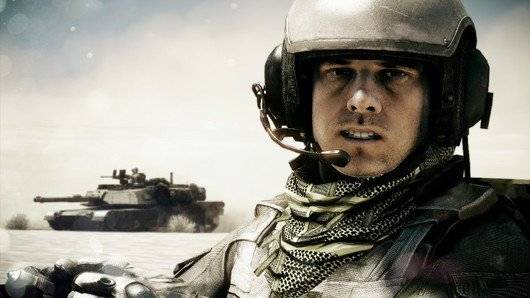 A new network of the best shooter about the battle on land and in the air with uninteresting storyline campaign and ambitious multiplayer battles.

The epic confrontation shooter  Battlefield 3  and  Call of Duty: Modern Warfare 3, which broke out this fall, will benefit not only the marketing departments of companies Electronic Arts and  Activision (which, actually, this mess and welded shut), but also the players. Indeed, long known: the higher the intensity of emotions between competitors, the better the quality of products. However, in the case of the Battlefield 3  desire to beat a rival publisher in all respects was slightly stronger than the desire to polish the game to a perfect shine.

Series Battlefield and was once primarily a grand multiplayer action. Single campaign appeared only in the branch Battlefield: Bad Company . But this time the studioDICE and  EA , getting involved in a confrontation with  Activision , have maneuvered themselves into a corner and had to tie to the third part of the story.Thus they set foot on enemy territory, where the  Call of Duty is a distinct advantage. This series is famous for its spectacular long and is positioned as a dramatic thriller from Hollywood directors. The developers of  DICE have no experience of creating something like this, so that the plot was predictable weakestBattlefield 3 . The story of how in 2014 in Iran, U.S. Marines are fighting heroically against the guerrillas of the People’s Liberation Resistance does not impress. Yes, there are several memorable scenes: you can with the flame (literally) ride on the Time Square, to take off from aircraft carriers and even a fighter plane shot from the enemy during an earthquake. But the whole fascinating picture of these episodes do not stack.

Firstly, it is striking secondary stories. Skirmishes on the roof of the speeding train, the questioning of the protagonist, fair-haired villain, threatening nuclear attacks on major cities, mandatory Russian with funny names (Dmitry “Dima” Mayakovsky is worth something!) – All that we’ve seen in movies with Steven Seagal, and games series of  Modern Warfare , and many more where. Secondly, the missions in the campaign put crudely – otherwise you will not tell. The enemies infinitely respawn, and the allies are in no hurry to help, until you take a desired action. For example, after stripping the same

territory of a sudden comes a silence, and all around somewhere disappear. You look around in surprise, do a few steps, and only the battlefield comes to life, appear out of thin air and allies fled the assault. There are many examples.

The developers have been forced to make co-operative campaign. Scored in this mode to unlock weapons glasses allow for multiplayer. All is good, but passing a joint mission to very little, and together overcome the storyline campaign is impossible.What really pleases and in the plot, and the co-op, so it’s complexity. In many ways it is achieved by the revival of the enemy, but it’s not just that. In  Battlefield 3  bet on realism, so the game has to take into account the impact of the shots fired at the lead, hide behind cover and often crawl on his belly. Due to Frostbite 2.0 engine and an advanced system of destruction, long sit, for example, sand bags will not work – a direct hit from a tank will deprive you of protection. A peerless sound quality (it recorded on a real exercise) causes the nerve to press in the ground, when his ear whistler enemy bullet.

Multiplayer is much more positive emotions than plot and co-op together. In fact, transferred to a familiar game developers and all its modes on the new engine. Well, of course, create new maps. Advantages Frostbite 2.0 would not produce such an impression without the luxury of design locations. It seemed almost impossible, but typical for a series of large-scale battles involving all types of technology are even grander. In some locations such as the Caspian mountains to walk contraindicated – for too long. There are also unusual design moves: players, for example, forced to fight in a huge tunnel, where the center of the technology breaks through, and along the side corridors – the infantry.

Familiar modes TeamDeathmatch, Rush, Conquest complemented generally familiar character classes. The engineer, bomber, reconnaissance, and fighter support geared to different tasks. No changes too, was not: treat friends now can attack, and specialization “physician” is missing. Sniper scout more sharpened by the discovery and mark targets for the Allies. However, those who are not strong in a team game, will continue to use it as a regular camper. 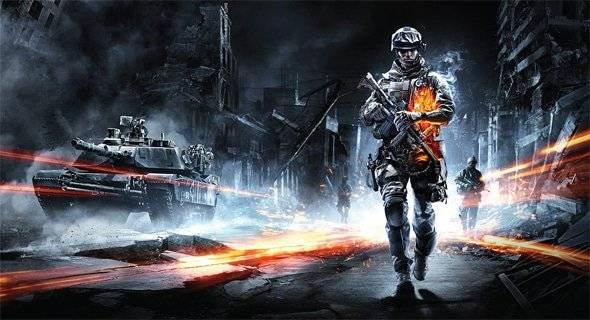 As before, in battle you earn experience points that increase the level of the character opens up new titles and specialization. To get the gadgets to your preferred weapon, you are more likely to use all the gun is pumped separately. Although the number of actions for which give experience has increased, in general, and levels, and new upgrades opening slower than before. And in general play has become a bit more complicated: technology even more powerful than she, and the shelter are not as reliable, but if you want to bring down artillery fire can be an entire building. Widely touted ability to blind enemy flashlight and glare sight or fall under the fire of machine guns is not so much affect the course of the match, but sometimes also complicates life.

Unfortunately, not all cards are properly balanced, and flight control technology is not as convenient. Also with the new engine, the game has become more demanding. If you do not own a powerful system, you play  Battlefield 3  will not be as comfortable as,

For example, in  Bad Company 2 . Unexpected drop the frame rate, disappearing weapon model, the connection breaks, stable working servers – all of which can spoil the fun. The system also Battlelog not all relished. On the one hand, the analogue of the social network is useful because it allows in a single place to store information about your progress, look for friends, view news, choose the server, etc. On the other – now just to run the game, you need to do much more action, and indeed Battlelog sometimes buggy.

Battlefield 3 – a beautiful and spectacular shooter. Its multiplayer, thanks to new engine and a pair of successful innovations, has turned into somewhat a breakthrough. At the same time, the game is not as stable and as comfortable as before: it seems that its technology ahead of the possible audience. At the same time trying to play on the same field with the competition and enter the full story and co-operative until the cause rather condescending smile, rather than enthusiastic applause. The conclusion is simple: do not push their foreheads Battlefield 3 and another series of Call of Duty. Both games are likely to complement each other. In the new project DICE we got great multiplayer, and all the rest, probably soon see in Modern Warfare 3.

Call of Duty Goes Aggressive in the Future

The EA Presents the Last Shooter, Sports and Casual Titles at E3