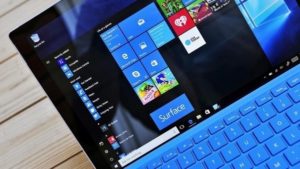 Microsoft is preparing to launch the Cloud PC service, which allows you to use Windows and Microsoft 365 office suite in the cloud. The computers from which clients will connect to it will become a kind of thin clients. Cloud PC is tentatively scheduled to launch in Spring 2021.Windows in the cloud

Microsoft is developing a new cloud service tentatively named Cloud PC. It will allow customers to use their PCs and laptops as thin clients and download the operating system from the cloud to run the necessary software.

The new Microsoft service, according to the ZDnet portal, will not be able to completely replace the locally installed Windows 10 (or an earlier version of this OS). At the same time, experts from the authoritative resource Neowin call Cloud PC an operating system. Microsoft representatives have not yet disclosed details about the possibilities of their new development.

Desktop as a service

The existence of the Cloud PC service became known from a job description on the Microsoft website directly related to it. It says that the company is looking for a specialist for the position of Cloud PC project manager, plus it provides brief details about the service itself.

“Microsoft Cloud PC is a new strategic offering based on Windows Virtual Desktop to deliver Desktop-as-a-service. The Cloud PC will provide business customers with a modern, flexible and cloud-based Windows experience, and enable companies to keep pace with the times in a simplified and scalable way, ”says the job description on Microsoft’s website.

The new Cloud PC service, according to ZDnet, will be based on Microsoft’s own cloud platform, Azure. The project will be fully managed by Microsoft, and to expand its functions initially, it will be supplemented with the capabilities of the cloud-based office service Microsoft 365, also known as Office 365.

At the time of publication, it was not known whether Microsoft plans to supplement the Cloud PC with third-party programs. Also, there was no information whether additional software would be required to be installed on a local PC for this service to work, and which operating systems would be supported.

The job description for the Cloud PC project manager did not disclose the cost of using the new service. According to an employee ZDnet Mary Jo Foley (Mary Jo Foley), is highly probable that the amount of payment for the Cloud PC, unlike Microsoft 365 cloud services and other companies, will be fixed.

The launch of Cloud PC may take place in less than a year – according to preliminary data, the first customers will have access to it in the spring of 2021.

For the first time, ZDnet wrote about the possibility of using Windows by subscription, including through the cloud, back in May 2014. At that time, the service was tentatively named Windows 365, similar to Office 365, but Microsoft representatives eventually announced that there were no plans on launching such a project they did not have.

However, in the second half of 2016, Microsoft launched a Windows 10 Enterprise (Enterprise) subscription for eligible customers. In September 2018, it went even further and, as reported by CNews, created a Microsoft Managed Desktop (MMD) subscription service that combines Microsoft 365 Enterprise, device-as-a-service, and device management from the Microsoft cloud. In other words, under MMD, the company provides customers with pre-configured corporate Windows 10 devices, deploys and manages them from the cloud, including installing functionality and security updates. At first, only Surface devices, developed by Microsoft itself, were used as computers, and then the list was replenished with equipment from HP and Dell.