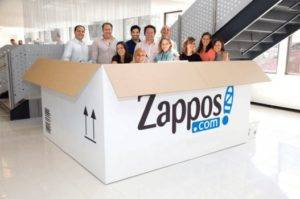 Zappos.com, known portal active in the field of online shopping, has come under attack.The company’s servers are in fact been assaulted in the last few hours by a group of crackers who, apparently, managed to get my hands on a set of confidential information relating to subscribers during the 12 years of the group.

Names, addresses and telephone numbers civic, dates of birth and also the last 4 digits of the serial numbers of the credit cards used for payments: This information has been stolen during the attack but it does not seem to have put payment instruments in danger of users.History repeats itself, then, and after the debacle many recorded in 2011, also began in 2012 under the sign of crackers and databases falls under the blows of external attacks.

Tony Hsieh, Zappos CEO, has announced that at the moment there is no alarm for credit cards and that the company took steps immediately to reset passwords of members, who will perform the appropriate recovery process credentials Login to regain access to the services offered, once again they will be active.