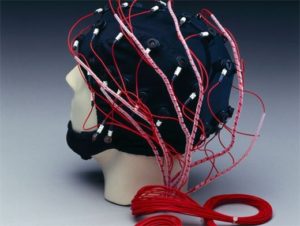 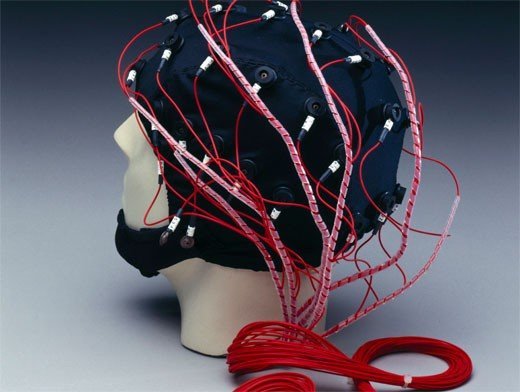 There was a machine that sees through people. It is not know, surprised by this, or take for granted: a dream come true science fiction writers – the machine has learned to “read” … human nature.

The empty walls of the laboratory. The rubber mesh on my head. Wires from the electrodes, a cooling skin. Encephalograph connected to the computer starts. After 5 minutes, I promise to tell who I am, and why – not asking for this single question. “Relax and close your eyes …”

Mental abilities, mental stability or instability, peace of mind or lack of it, even then, in what profession is most successful people – all this can be found in several brain waves of curved lines on the screen, “counted” and then a unique program RANS Academician Lebedev Arthur nominated for his work on the neurophysiology of the Nobel Prize. The results of neurocomputing testing can reveal the past and help to correct the future.

Methods of testing is very accurate neurocomputer.For example, one of the first led us to the 20-year-old boy: I do not know anything about it in advance, – says psychologist Konstantin Balyanin, the favorite pupil of 76-year-old academician . – Indicators of anxiety and concern in his off scale, and comparing all the data, I assumed that the young man might have been suicide attempts. He asked his parents – his father bowed his head: “We did not want to tell you …” is another example. I spent testing prospective employees of one company – wanted me to give an opinion about whether a person is suitable for what kind of position, and what to expect from him. One of the applicants on test results showed very poor results on the scales of conscience, honesty, and I strongly recommended him to take. He was taken. After 2 months, he robbed the office …

We’re talking a quiet hum of the fan the computer calculates the results of my EEG. The result is displayed on a black screen modest sign.Balyanin asks me to read aloud to him – I am voicing gibberish of numbers and letters, and he begins to cast out loud over the decoding of data. It seems to me that someone looked in my diary … I’m trying to make jokes: I am afraid that the machine knows me almost better than my own.

“You laugh, but you have a sad voice.” Kostya not be fooled. Although we have known each other for several years, he never saw me.Psychologist Balyanin – blind. And he can no longer say it is a curse or a gift.

He was a boy, when the skate blade on the ice split the temple, injured eye, and the local doctor appointed electrophoresis. He burned the injured retina of the eye at once. In the other eye went blind at 18 Kostya, in a second – and already hopeless.

– After the loss of time for me to split apart. Was no longer present.However, I realized that there is a future. I’m not going to commit suicide , and health allowed me to live a long time. But here’s what it means to “live” – it was not clear. I do not remember the first three years after the blind in 1999 th, 2000 th, 2001 th – they seemed torn from a notebook. That was my defense mechanism …

The gap shading with time, at will, stubborn lust for life, which made its way gradually from the inside, sprout like grass grows through cracks in the pavement. Kostya learned to walk with a white cane, mastered a computer program for the blind and one by one to ring Moscow universities, memorizing the heart of the phone book. He entered the Institute of Psychoanalysis. Ty’s guide dog lay at his feet in the classroom, the lecture in the back row were recorded on a tape recorder, a stack of “War and Peace” printed in braille, the floor was a meter high …

– And in a moment the veil of darkness lifted. I accepted myself as I was at that moment – stubborn, miserable, blind, dependent, and hope for a miracle, I allowed myself to be myself and not have a wild goose chase … And this is perhaps the most important thing I learned from the experience his 30-year life. And I say this to all clients: allow yourself to be as you are.

Red diploma, graduate of the Academy of Sciences, wife, young son, wealthy clients, transmitting to each other talented and “convenient” blind psychologist word of mouth, his own school of psychology – he achieved all this by himself.

– If you ask me now if I wanted to change something in the events 10 years ago, I would say – no. Yes, I’m still afraid of strangers on the street, not closed cabinet doors, stairs, a flying machine. I still occasionally rage: “How is it silly – I can not even get himself on the subway!” But perhaps the vision – is the price that I paid for the gift – “see” even the blind man …

The scientific school of young therapist Balyanina wonder called the “psychology of voice”: Kostya says he feels about what the client will say, even before he starts to do this – just hearing the sound of opening the door to his office. That pause, tone, intonation, voice issued from the human head. That his gut feeling, rather than spoil this view, gives a diagnosis almost as unerringly as the method of testing neurocomputer 76-year-old academician.

– I feel his voice as a matrix, a certain information field, or with an empty chessboard squares, which I need to fill out. I gradually fill the boxes, but sometimes something falls. In the non-compliance usually is the problem of man. I “see” this discrepancy. Or see that the background shows through the voice of the danger. This is what happens when people keep back something secret – says Konstantin.

And I think what is still more surprising: the miracle machine “in the hands of” the recognition Balyanina human character, or the miracle of the human soul …