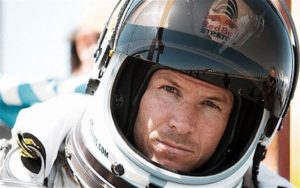 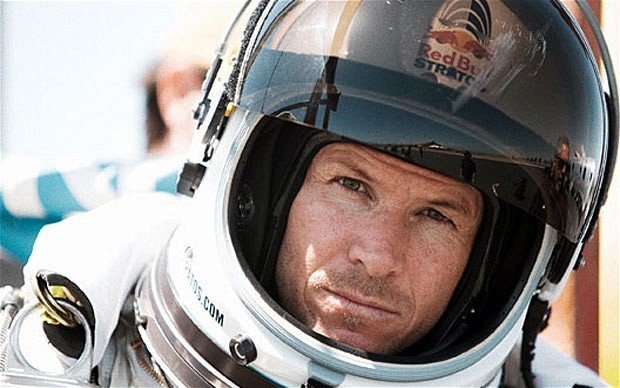 Yesterday we saw how  Felix Baumgartner was released from the capsule Stratos to 39 miles high, but not broadcast the video camera he was carrying in his chest. Probably see you soon, edited, corrected and fixed, but meanwhile we can see a video that aired yesterday  Servus TV , a chain belonging to Austrian Red Bull Media House , who for obvious reasons before anyone else had access to the material.

In the video we can see the time Baumgartner reaches the speed of sound and begins to lose control. According to statements made at the press conference later, during the time he almost lost consciousness. Fortunately managed to regain control of the situation and landed safely.

How did the free flight Austrian extreme sportsman Felix Baumgartner in the stratosphere? What the consequences would be subjected to his body in the event of loss the suit? And in the end there was a capsule and the bottle after the mission?

Being in a special space suit in space capsule attached to the balloon with helium, Baumgartner rose to a height of 39 km above the Earth . Having made ??a parachute jump, he landed the applause of the audience in the vicinity of Roswell, the U.S. state of New Mexico.

What danger awaits the athlete during the flight?

First, explosive decompression (impact of rapid pressure drop) and ebullizm – bubbles in body fluids with a sharp decrease of external pressure. At an altitude of about 18,800 feet above the liquid in the tissues of humans and begins to expand into a gas stops – this, the process usually mean the expression “blood boil.”

At an altitude of 39 km Baumgartner expected low temperature – about -23 degrees Celsius (hereinafter, the distance from the sun, but before reaching the lower atmosphere, the temperature drops to an average of -56 degrees Celsius).

In addition, in the free flight at low pressure to the body extremals are uncontrolled rapid rotation , which are dangerous primarily due to the fact that is not controlled by the athlete. Only at about 27 kilometres plumping atmosphere, you can take a jump skills to stop the rotation and stabilize its position.

What happens after the capsule and stratospheric jump?

– The capsule is detached from the balloon, and then slowly parachute rescue system delivers a capsule to Earth;

– Stratospheric automatically disconnected, and then filling his helium into the atmosphere (it is not toxic.) Then the empty bottle down on the Earth.