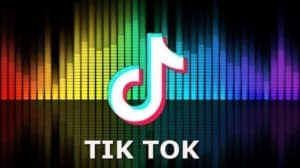 With the Chinese social video app Tik Tok there is a new shining star on the social media cosmos. More and more companies are discovering the potential of the network. But how does the Tik-Tok algorithm work? We’ll explain that to you.

The idea behind Tik Tok is actually very simple: users record videos of 15 seconds and add music and small effects to their clips and choreographs.

It is so easy and so much fun that more and more new users download the app onto their smartphone. The app has been downloaded 1.2 billion times worldwide. The video app ranks third among the most downloaded apps behind WhatsApp and Facebook Messenger .

But how does the Tik-Tok algorithm work and which indicators play an important role in it?

In order to understand Tik Tok’s machine room, we should keep in mind who is behind Tik Tok – China-based technology company Bytedance.

He became known as a leading provider of artificial intelligence, with the help of which Bytedance operates machine-learnable content platforms. Bytedance also lets the skills it has acquired flow into Tik Tok, thereby showing which paths other social media networks will take.

The Tik-Tok algorithm: This is how the recommendation system works

Users of the app know it: When Tik Tok opens, the “For you” feed is presented. This video stream is individually tailored to the interests of the respective user and is based on a sophisticated recommendation system.

There are three essential factors that determine the user’s personal feed.

As with other platforms, the Tik Tok algorithm also takes likes and shares into account. It is also crucial which accounts the user follows and vice versa. Comments and the type of post – for example a dance insert for a song – also play an important role.

If a user uses certain hashtags, clip descriptions or individual sound effects and songs in his video, the algorithm uses this data in his evaluation.

Even if this information is not decisive for whether a post is shown in the “For you” feed or not, the app captures it. The language used, the current location and also the type of smartphone only decide how the app plays content to its users.

So it can be said that the Tik-Tok algorithm does not do so much differently than the counterparts of other networks and platforms. In this case too, the key word is: interactions.

These factors structure your “For you” feed

In addition, there is some other data and signals that Tik Tok measures and feeds into its algorithm. The platform itself has confirmed this .

If a user watches a video clip to the end, the platform naturally rewards this positively. The Tik-Tok algorithm also evaluates the weighting of individual factors.

In comparison, it is less important if the creator uploads their video in the country of the viewer or user. Instead, the decisive factor for the algorithm is the length of stay of the user.

When a user calls up the app for the first time, Tik Tok presents him with different categories such as countries, destinations or fashion in order to find out his personal preferences. The platform then manages to present interesting content with a certain probability.

If the user then interacts with the posts played out to him, Tik Tok can build on his future recommendations and play out even better content that is of interest to him. The feed is therefore gradually evolving.

Search queries for the algorithm are also essential. So it is possible that new categories and thus unknown clips appear in the “For you” feed. Tik Tok strives to present varied content to users. It does not matter how high the number of followers of the creator is.

We can therefore state that Tik Tok acts differently from Facebook, Twitter and Co. At this point, even for small accounts, it is possible to build up reach quickly thanks to this system.

What companies have to consider with the Tik-Tok algorithm

It is important for brands and companies to keep an eye on the activity and commitment of the users. It should be anchored in the back of the mind that Tik Tok reviews each individual video and individually evaluates whether the content really fits into the user’s feed and its search intent.

In its insights, Tik Tok itself provides brands and companies with far-reaching tips on how to best suit their own algorithm.

The network says that the virality of a video alone is not sufficient to achieve a long reach in the Tik-Tok community for a correspondingly long time.

Instead, brands should focus on current issues. To attract attention, creators should pick up on current trends and consider how it can help them engage with their users.

Likewise, your own content should always be created in such a way that it keeps users’ attention permanently – right up to the end of the clip.

Changes in the Algorithm of Google