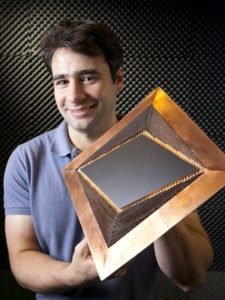 A study published in the journal “Nature Materials” records another step taken by science toward making an invisibility cloak.

The material was developed by a team at Duke University in the United States, which had already developed a similar material in 2006. The new creation is an evolution of the object created six years ago. 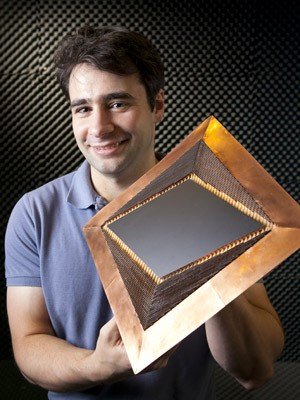 Nathan Landy, author of the study, shows that the material
can be used as an invisibility cloak
(Photo: Duke University)

The cover is initially created wires made of fiberglass, copper etched. In the new version, the researchers intertwined with these copper wires, creating a more complex material, which is also more efficient than the original.

The result is a material capable of breaking into two light waves. Thus, it is as if the light came around the object that is enclosed by the cover, and so it is invisible. Although absorb much of the light, reflects some material still waves, then a cover is not perfect invisibility.

Furthermore, the principle applied in only two dimensions, and adapt it to the three-dimensional field – which is required for the cover really exert its function – is a much more complex challenge.

Nathan Landy, author of the study, said that the way the system alters the light waves can be used in other fields. He said the technology can help create more efficient fiber optics.