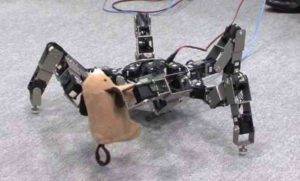 The robot manufacturers seem to have lucky streak these days, since even a exapodo Omni-Directional Insect Robot “Asterisk”  appeared a few days after Morphex , which could be transformed into a sphere. 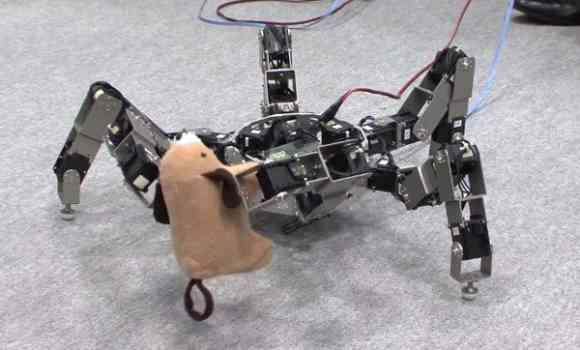 Now this is quite skillful with 6 mechanical limbs. Developed by Associate Professor Kenichi Ohara and a team from ARAI Lab, University of Osaka, Limb Mechanism Robot (aka ASTERISK) borrows from the gait insects, but we creep alone, but you see something interesting, it is able to grab with both feet and move with ease using the rest.

The mechanical structure of the legs, allowing also crawl over uneven surfaces and can be mounted and wheels to reduce the amount of totally and become one with the floor, passing under the narrow passages. The applications that could be seen, mainly as a useful aid to rescue workers, and research teams and generally in areas not accessible by people or too dangerous for humans.

Scientists Have found a Way to Control Cockroaches with Remote Control

Scientists Have Created a Remote-Controlled Insects