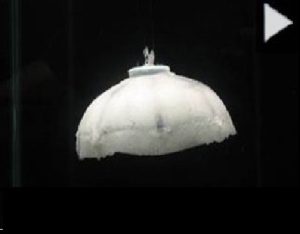 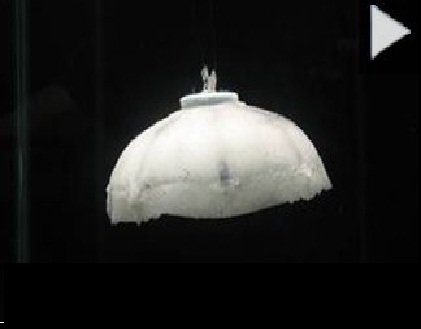 Americans researchers have created a Robots in the form of jellyfish, which is considered suitable for underwater research and rescue operations .

Even powered by hydrogen, which gives it a high energy self-sufficiency.The robot, named Robojelly, is a creation of the Technological University of Virginia (Virginia Tech), led by Jonas Tantese. are made of different “smart” materials, the changes shape to allow the course as well as carbon nanotubes. It mimics not only the outward appearance, but also the natural movements of a jellyfish, when present in water. Its energy comes from chemical reactions occurring on the surface, in contact with water, utilizing the hydrogen contained in seawater .

Specifically, the platinum surface of the robot reacts with oxygen and hydrogen of water and the heat generated is transferred to artificial muscles “jellyfish” in order to constantly change shape and move. It is the first underwater robot that has managed this, which means that does not need batteries or other power sources across the water that surrounds it. At present, the robot has only been tested in a water tank and needs further improvements. The practical applications of artificial jellyfish are varied and it is significant that this research is funded by the Office of Naval Research, USA.