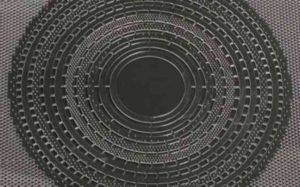 Many of the current experimental “invisibility cloaks” are based on the same idea That the light that comes back from an object to be bypassed around it and continues its course. 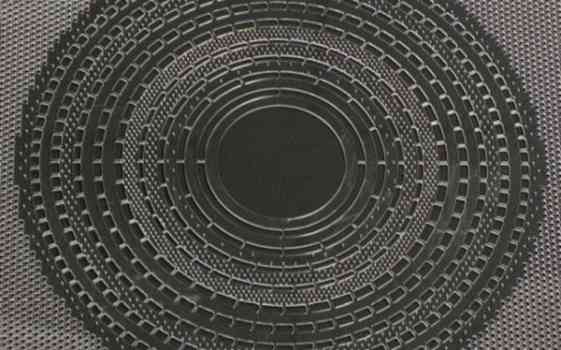 Now a supposed person in front of the “invisible” object can see what is behind the subject and not the object itself. Scientists from the Institute of Technology in Karlsruhe, Germany, applied the same principle on sound waves and created that could be described as a “cloak of silence.” For the experiments, Dr. Nicolas Stenger built a relatively small, with thickness of only a few mm mm thin plate made of soft and hard microstructured polymers.

Different rings of material in the table separates different frequencies in a range of 100 Hertz. When someone noticed above, we realize that the vibrations of sound waves are guided around a circular area on the disk, without being able to can join.

In contrast to other known measures of protection against noise, sound waves are not absorbed or reflected,” said Mr Stenger, Prof. Martin Wegener.“It’s as if they were not there. Whilst the album is a small application theory, it is possible that the early lead in the manufacture of acoustic shields for areas where the problem of noise is intense, and cease to have “up the walls ears.”

“Cloak of Silence” Technology can be used in Airports, Factories, and at Crowded Places to Overcome Noice Pollution.