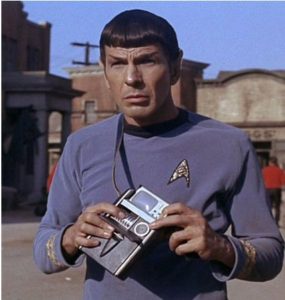 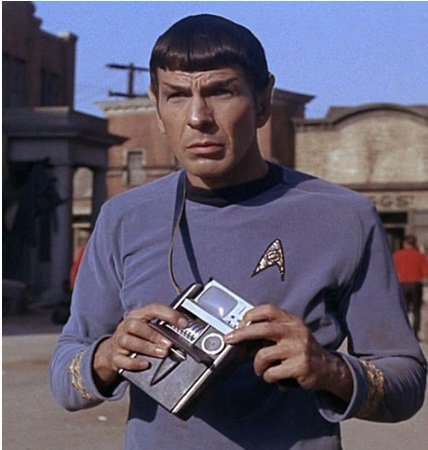 A device called the attention of people in universe Star Trek was the Tricorder.It is a portable device that the protagonists of the series used in tablet mode with which they could scan, analyze data or use it as a communication device. Almost all races that appeared in the series handled these devices logically had little to do with any portable device use daily. Thinking that it is possible to shorten the break between science fiction and reality, a researcher has developed a portable device inspired by the Tricorder from Star Trek  which contain a multitude of sensors for field measurements is based on Linux .

This replica of the Star Trek Tricorder has made by Dr. Peter Jansen , a cognitive science researcher, as a hobby.He began to work to build a portable device that had large numbers of integrated sensors and, as a good amateur Star Trek, taken as a reference mobile device of the series and, after 4 years of design and implementation schemes published under license TAPR ( TAPR Open Hardware License ) and GPL licensed software.

These four years have been working for two versions of the device, the Mark 1 and Mark 2, the very latest version is the most advanced and is based on Debian using a microcontroller ARM920T Atmel (a processor with ARM architecture) and a pair resistive touch screen OLED used to operate the device that requires 6 AAA batteries to operate. The original Star Trek Tricoder was a portable measurement and Jansen’s version to reflect this role and includes sensors for temperature, humidity, atmospheric pressure, magnetic field, color, ambient light and a GPS rangefinder. 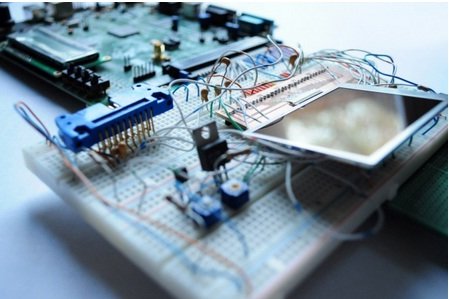 A small portable laboratory that is still far from the specifications of the sci-fi saga but can be an interesting project if you are keen to tackle the world of electronics. Both the old Mark 1 as the Mark 2 are fully documented in the network and can access schemes, the layout of the printed circuit board, the source code and an explanatory guide to building our own twenty-first century Tricorder.

Not that we consider a laboratory device but recognize that the draft Jansen is quite curious.