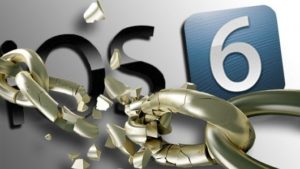 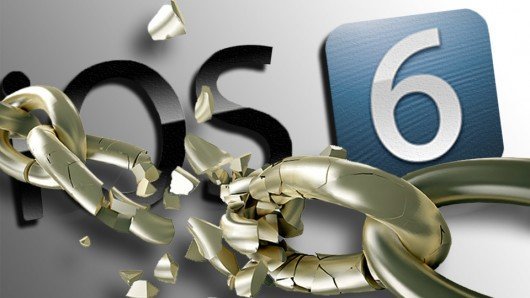 Missing very little, probably on Sunday will be the day of the release of the first Untethered Jailbreak for iPhone 5, iPad, iPad mini and fourth generation, as well as you all iDevices with iOS 6.1. With this article we want to share with you what the Revoseek considers the “guidelines” to follow to prepare for Jailbreak.

Apple usually, shortly after the publication of the untethered jailbreak for hackers, releases updates iOS which do not introduce huge new but they are just designed to close the security holes exploited  to make the change.

If you still have your iPhone 5 to version 6.0.2 or above, or a device that does not currently support the jailbreak , you should upgrade to the latest version : no one knows for sure when Cupertino will release iOS 6.1.1 and even a hypothetical when it does, you have a few days to make any repairs / upgrades to iOS 6.1.

After this short period of time, Apple will close the digital signature of this firmware, which means that if you have not saved the SHSH files using TinyUmbrella, it will be impossible to restore without upgrading to the latest version is no longer compatible with the Jailbreak.

If you have a jailbroken device , you may even want to wait for the jailbreak to come out officially upgrade, but in the meantime , download the firmware and be ready and quick to restore to iOS 6.1. If you have a Jailbroken device is obligatory restore “as new” otherwise you will lose the storage space on your device.

IMPORTANT: DO NOT UPDATE the iPhone BUT THROUGH ITUNES! As reported MuscleNerd, one of the architects that JB for iOS 6.1. Jailbreak to be released will support many devices and all firmware iOS 6, hackers run the tests of success of the procedure Jailbreak terminals updated with iTunes.

This does not mean it will work in any case, but to minimize the risk of error is advisable to perform a full restore from iTunes. In this case we lose the message history, game saves, content applications, but we will recover thanks to iCloud: Mail, Contacts, Calendars, promemori, safari, notes, passbook, streaming photos and documents and data that App save on iCloud.

While not close to zero the risk of errors, you can run a less aggressive procedure to upgrade, and that is what we recommend if you want to perform a full recovery:

2. Make a backup of your data

It is always strongly recommended to make a backup of all data on your device.With the advent of iCloud do not think many more to the backup, but in these cases it is always better to have a ready backup on your computer, and considering that the backup no longer includes the installation file of the application, we recommend that you connect the device to your computer and do a sync and one or more manual backups from iTunes.

In general, and probably also with the program that will be released soon, it is advisable to perform a reset of the device before proceeding with the jailbreak, or by performing the procedure on a device reset as new, you should not run into those bugs that the program may have in its earlier versions. So normally when it comes to jailbreak you should do this:

So if you download the firmware and back up in advance, you’re ready to run the jailbreak following our guide.

Abstract: SHSH file corresponds to the signature of a particular version of iOS and serves to reset without updating, so if we need to restore after Apple has already released the update “Anti-Jailbreak”, we can avoid update ( following >> this guide << updated up to iOS 5.1.1 )

For each public release of a new firmware is a good idea to save the SHSH file.In some cases in the past thanks to these certificates could also downgrade (i.e, a return to a previous version), but it is currently a very remote possibility.

4. Back up Cydia (for jailbroken device)

The backup created by iTunes also includes the Cydia packages, even includes some files that in most cases can not be used after the restoration or even only create problems.

We advise you to backup through iTunes, you can always reuse the worst, but if you also want to save and restore the contents of the App downloaded from the App Store, preferences, and files downloaded from Cydia tweaks and applications and so much more, then it is preferable to use PKGBackup.

PKGBackup tweak is a very articulated and has as its purpose the creation of a backup of all data on your iDevice (excluding App) as a repository, tweak, text messages, notes, photos, videos and more. Probably not all tweak currently installed on your device will be compatible after upgrading to iOS 6.1, then you should not restore them all together. PKGBackup allows you to save the backup to the cloud Box, DropBox, SkyDrive, SugarSync, or directly on the device.

PKGBackup  is a tweak developed by Jibril Gueye , is already compatible with iOS 6.1 and can be found in the repository  BigBoss  at a price of  $ 9.99. Find the full review with lots of advice and guidance to backup and recovery.