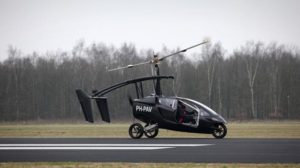 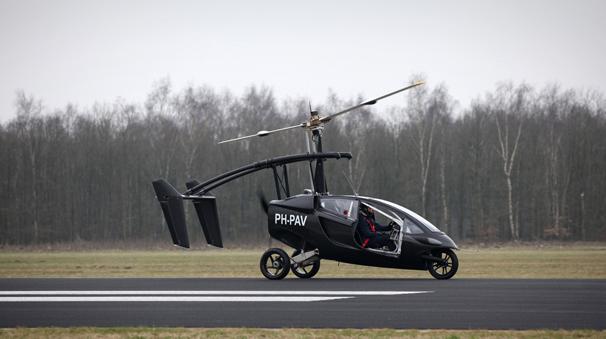 It is called PAL-V-One  it is short form of Personal Air and Land Vehicle . A kind of flying car or the same Dutch company called a gyrocopter tricycle with the dream of highway driving and flying come true.

And is that PAL-V has completed its first successful flight tests. Some first tests which will seek out the necessary licenses to be traded.

As we say, is not for sale because you will have to go through the regulations of each country to be sold. But if they have something more than $ 250,000, the model Transition will be on sale in America. I leave you with images of “rival” of PAL-V-One .