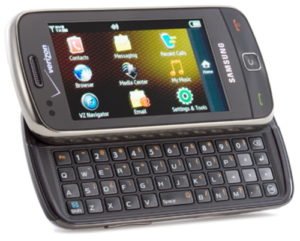 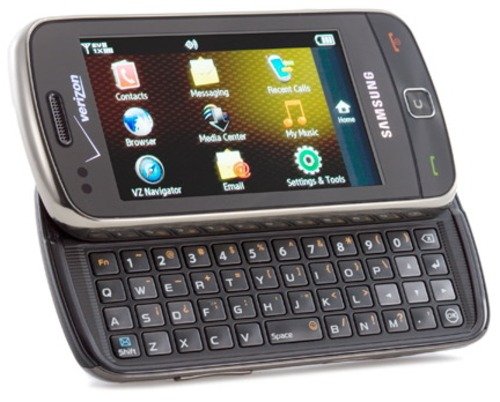 SIM and roaming mafia is on the way to the grave along with the eight-digit phone number.

Before long we will experience one of the greatest revolutions in the telecom sector since Alexander Graham Bell invented the telephone in 1876. It feels more telecommunications experts and observers of telecommunications industry, where the rollout of 4G/LTE-teknologien really boosts the development.Telecom experts suggest that after 100 years of fixed-line phone and then about 30 years with mixed forms of communication like voice, SMS and MMS, we will in a few years only have Internet-based data exchange hub of all telecommunications. This development means, among other things, that meaningless eight digit telephone numbers disappear, roaming rates in the billions will be included in history books, and telecommunications business models come under tremendous pressure – if the telecommunications companies in the traditional sense otherwise survive the revolution.

Revolution kills roaming Mafia
Modern communication tools such as Facebook, Twitter, Messenger and Skype uses of course, not numbers, when two people want to write, chat or talk over the Internet. How is it also in our cell phones within the next 5 to 10 years assesses telecommunications analyst Torben Rune from telecoms analysis company Netplan. He suggests that instead we will contact each other through nicknames in Skype-like applications on our mobile phones that will evolve as the actual pocket computers: “The development is of course already in full swing, but all sorts of numbers disappear is not about 5 to 10 years. There will probably take longer, since the development is a combination of economy, technology and current business plans – and so many companies have spent billions of dollars in branding their phone number. ” Torben Rune says that it certainly will take some years before all phone numbers in the whole world will be converted to common names as the networks of third world countries are not yet ripe for Internet-based voice technologies.

Therefore, he points out that products such as SkypeOut will gain ground in a transition period if you wish to communicate from the Internet-based pocket computers to landlines or mobile phones. And it’s only a matter of time before everyone is on data-based devices. “At that time, roaming the Mafia who serve rushing with money on international calls will collapse,” says the assessment of Torben Rune with thinly veiled allusion to the worldwide telecommunications industry in Europe alone, scraping up against 20 to 30 billion crowns in on international calls.

Farewell to the SIM card
Professor Knud Erik Skouby from Aalborg University Centre for Telecommunications Infrastructure in Ballarat stresses that in over 10 years is technically possible to talk through VoIP (Voice over IP). Today, there are also several different products as Skype and plovers that smartphone users install and use through wireless LAN, such as WiFi in the office or via the 4G technology LTE for mobile phones that are being rolled out in the largest cities. “We will increasingly be able to communicate over handheld ‘communication terminals, “and when phone numbers are no longer needed, then telecommunications SIM cards obviously does not have it,” says Knud Erik Skouby on the symbiosis between mobile agree hardware and the user’s identity on the SIM card in the form of a telephone number that mobile companies for years have used to retain customers for the company. Knud Erik Skouby estimates that SIM cards tied for most Danes they will be cut in about 10 years when there will instead be virtual or dynamic, software-based SIM cards in phones . He would not plunge into gætværker whether the virtual SIM cards come from telecommunications companies, mobile manufacturers like Nokia or from a third side.“But you could, however, well imagine a situation in which, among others, Google has been encouraging with that end users can move freely between different telecom operators, depending on where they are in the world, “said telecommunications professor.He says in the same breath that the very future business models are completely impossible to predict when that may happen in the political innovative and economic arenas in the next 10 years.

One thing is sure: many new players are ready to jump on the bandwagon when the SIM card and the customer’s phone numbers disappear and we will get big, bundled packages of broadband, TV and other offers.

The mice and the fat cats
As with all revolutions come winds of change from the masses demands for improvements. And here it is especially the customers’ demands for lower prices and higher flexibility, which drives the revolt with the abolition of the connection between their eight-digit identity and traditional telecom carriers SIM cards.“The development will clearly be user-driven rather than the telephone companies that come with offers. As long as the mice run right into the mouth of the fat cats, then it’s not changed, “says Torben Rune, referring to telecommunications companies reluctant attitude to the number address phone world. “While one can not blame the telecom companies’ failure to act in this development, because it is their core business, which is under pressure, “explains han.Torben Rune believes that the future data-/internetabonnement will be based on flat-rate prices, using data providers shoot web out via fiber or copper to the home. On the road we will get our life-giving broadband from fast 4G network – or what is faster in the future. Prices of these subscriptions will certainly be at the same level as today, or lower, but we will not necessarily improve quality. “The problem with ‘poor sound’ will not disappear, but today it is much more accepted that there are outages and poor sound on phones. It has mobile industry accustomed customers for many years with poor cellular coverage, said such a little ironic, “says Torben Rune. He adds that for example in LTE technology is built-in mechanisms that reduce data delay, which isextremely important when we talk  live  with each other in a phone. Professor Knud Erik Skouby other hand, believe that the sound quality deteriorates and compares the period ahead with industrialization the food industry.“Everyone in the West will eventually saturate, but it is not certain that what we get in the mouth, is of better quality compared to what we ate before,” he explains. “In the same way, we probably cheaper telephony, but poorer voice, “says Knud Erik Skoubye, adding that the upcoming, pure data plans will most likely be far more transparent than today.