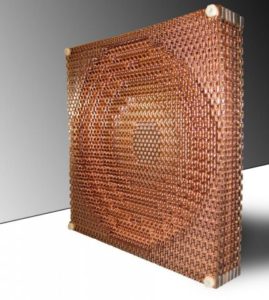 Scientists at the Massachusetts Institute of Technology (MIT) have developed a lens made of a meta-material, the radio waves can be focused very precisely. In order to high-resolution images of very small objects should be possible. 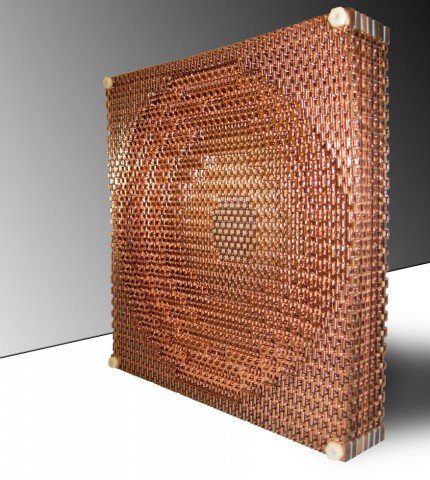 Meta-materials are characterized by properties that do not occur in nature. Researchers led by Isaac Ehrenberg have developed one to allow the construction of a special lens for radio waves. This emits radio waves in exactly the opposite from the natural materials.

Concave lenses waves radiate out in all directions – according to this principle, for example, does a speaker. This concave lens on the other hand the waves focused on a single point. This negative refractive index meta-material show that between 10 and 12 GHz, the researchers write in the journal Journal of Applied Physics .

Their particular property gets the lens by its structure: The lens is composed of S-shaped unit cells that break through their form radio waves in a specific direction. Ehrenberg has its lens, which weighs less than 500 grams, constructed from over 4,000 of these cells a few millimeters.

Ehrenberg has made it into a 3D printer – it was constructed from a polymer solution.The structure was then coated with copper, so that the lens receives a conductive surface. The production is simple and reproducible without difficulty, he explained.

Ehrenberg compares the functioning of its development with the scene from the Star Wars movie, as the Death Star destroyed a planet. The laser, which sit in a concave trough, are concentrated at a certain point. The radio waves, the researchers found, also meet each other at a certain point in front of the lens. At the same time the waves lost practically no power, as they passed through the metamaterial.

Although the MIT researchers will also focus on developing its star. But not to destroy it: satellites can be equipped with such a lightweight lens to capture high-resolution images of distant stars. Another option is to take pictures of molecules. Both goes so far only with large and expensive lenses.