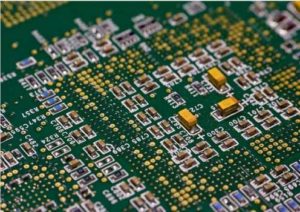 The human brain is one of the main landmarks in the development of new solutions related to the development. A clear example comes from studies in the field of artificial intelligence, neural networks with when you attempt to replicate the ability of man to absorb information from experiences. Not only that another objective is to be able to store and process the same data at the same time , exactly as done by the brain.

One of the main problems in the architectures of modern elaborations is in fact the separation between the phase of the storage and processing. Between the two phases in fact stand in the way of writing and reading processes that make it essentially impossible to replicate the modus operandi of the human brain, at least using traditional components. And it was in the electronics industry that seems to have reached a turning point, with the adoption of nanoscale components can provide an important aid in this direction.

Created for the first time in 2008, these components replicate those currently on the market such as resistors, capacitors and inductors, reducing the size of a few nanometers. In addition to being able to produce considerably smaller devices, some researchers believe it is possible to permanently delete the distinction between the stage and the storage dedicated to computation , being able to store and process information at the same time. Idea, this, that just in the last week is back in fashion especially thanks to the studies conducted by two researchers.

Massimiliano Di Ventra of the University of California and Yuriy Pershin the University of South Carolina have in fact published an article in which he describes the basic properties of these electronic components, which include a high longevity of stored data, the ability to cooperate by acting as a single system and the possibility of noises  reduction and respond to small imperfections of construction without particular problems. The most important property however is precisely the possibility to receive and process data simultaneously , speeding up considerably the operations of computation.

The era of ” Memcomputing “, as we have defined in the U.S. may be closer than you think. The ability to build computing systems capable of replicating one of the main advantages that characterize the human brain may in fact represent a turning point in the field of breaking down what has always been one of the “bottlenecks” of modern architecture. Added to this is also the possibility to minimize energy consumption, these components being particularly advantageous from this point of view.