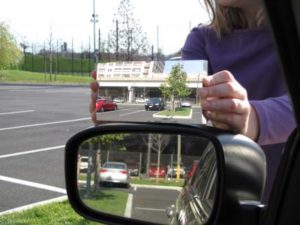 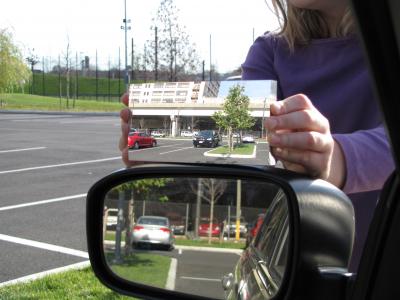 Andrew R. Hicks, a professor of mathematics at Drexel University, has obtained the U.S. patent of a mirror that eliminates the dangerous “blind spot” for drivers . A subtly curved mirror whose main virtue is to increase the field of view with minimal distortion.

And is that so far the traditional flat mirrors on the driver’s side of a vehicle provided a precise distance from the cars that were behind them at the expense of a very narrow field of view. The result is that part behind the car (the “blind spot” or “blind spot”) was impossible to spot by the drivers.

The mirror created by the mathematician Hicks produces a field of view of approximately 45 degrees compared to 15 or 17 degrees of view which were achieved with a side mirror plane. The mathematical mirror ensures that the visual distortions in the shapes are barely detectable.

Hicks noted that the design of the mirror used a mathematical algorithm that precisely controls the angle of light bounce off the curved mirror:

Imagine that the mirror surface is made of many smaller mirrors which rotate at different angles as if a disco ball. The algorithm is a series of calculations to manipulate the direction of each side of the disco ball (in a metaphorical sense) so that each ray of light that is reflected in the mirror shows the driver a wide and not very distorted image of the scene behind him.

Bill Hicks actually the mirror does not look like a disco ball closely. There are tens of thousands of these calculations for the production of a curved mirror having a smooth and uniform.

Only short-term problem of the invention is that Hicks U.S. regulations as all cars leaving the assembly line must have a plane mirror on the driver’s side. The curved mirrors are allowed in the passenger side only if it includes the phrase ” objects in mirror are closer than they appear . “

These regulations prohibit short-term Hicks mirrors are installed in new vehicles sold in the U.S., but the mirror can be manufactured and sold as an accessory product that drivers may be installed in cars after purchase. In Europe and Asia are allowed slightly curved mirrors on new cars.