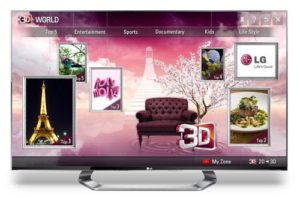 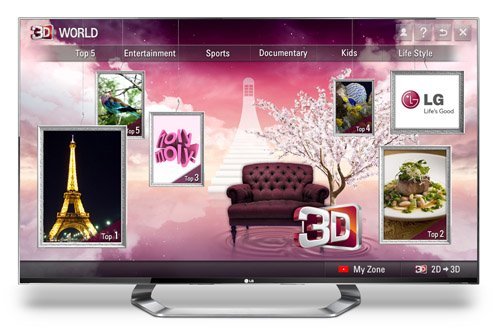 In order to increase sales, the TV manufacturers should be very eager to sell to the people of the newest and the best 3D TV.But unfortunately, not much 3D content and still be limited, so the time of purchase or some hesitation, in order to change the status quo. According to foreign media reports, LG announced the upcoming release of a program called 3D World application service that allows users of the LG Smart TV to watch 3D content. ?

According to reports, LG’s Cinema 3D Smart TV series users will be the Home Dashboard application control panel to see a “Card”, then opens into the 3D World store. According to reports, the store covers a wide range of entertainment content such as movies, sports, documents, entertainment, lifestyle, etc., you can see the people in accordance with the preferences to choose your favorite 3D content.

In addition, the message reported the LG 2011 year Smart TV is about to usher in a 3D World application, the new 2012 TV has been preloaded with the store.

It is understood that in the show this year 2012 CES, smart televisions much of attention, the LG and Samsung, and many other TV manufacturers in order to ensure sales are strongly commended the advantages of their products, such as Samsung also emphasized that the United States science fiction television series “Galaxy Wars The star will appear in 3D through the Samsung Media Hub on their TV. Thus, to provide as much 3D content through custom shop seems to be the choice of the strategy of many intelligent TV manufacturers.

The Next Nexus will be Produced Again by LG?

LG is also Preparing its Smartphone FullHD, and Only Lack Samsung