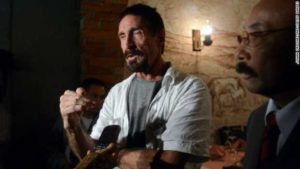 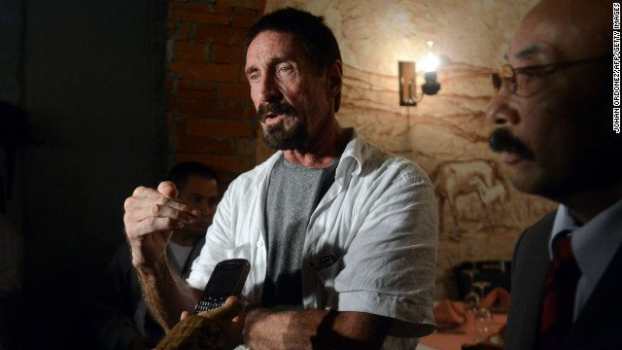 After his flight from Belize , American antivirus software pioneer John McAfee wants the  political asylum  in neighboring Guatemala and for which he  has applied . He was looking for protection from the authorities in Belize, which he feels threatened, McAfee said the U.S. channel CNN . He was afraid they would kill him because he allegedly refused to pay a bribe politicians in the Central American country.

The Belize Police investigated the software millionaire for questioning in a murder case . McAfee’s neighbor, the U.S. citizen Gregory Foull, was found shot dead in early November on his property on the island of Ambergris Caye. Shortly before, he had complained about the dogs and security guards on the neighboring property.When the police wanted to question McAfee after the discovery of the corpse, that this had been hidden by its own account and then fled.

Compared to CNN McAfee protested again, to have nothing to do with fact. His lawyer Telesforo Guerra, with the answering journalists’ questions in Guatemala City, said he was “98 percent sure” that the Guatemalan authorities to grant asylum to his client“. Guatemala’s Foreign Minister Harold Caballeros said to make a proper assessment of an application.