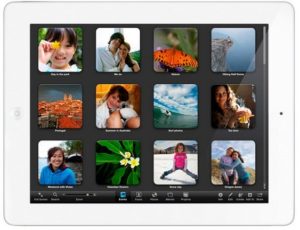 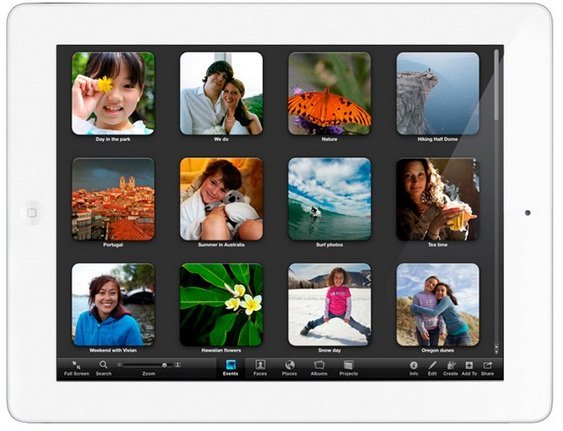 Each presentation of a new iPad has been accompanied by a new app with Apple to extend its capabilities. In 2010 it was iBooks , in 2011, iMovie and GarageBand , would you be the turn of iPhoto to iPad ? Not only would the latest iLife application to make the jump to IOS (sorry, iWeb or iDVD has long since passed away), it is also the most sense to bring luster to the iPad screen HD Retina.

The only difference with iMovie and GarageBand iPhoto is that IOS and now features a photo app in IOS 5 also acquired some modest editing features (auto, red eye and cropping). You can also create albums and make slideshows, but still far from his older brother as far as organizing photos, display (especially in regard to metadata) and effects are concerned. Not to mention the creation of books and calendars are concerned, of course.

It is always difficult to predict what the next move that Apple made, but there is a way of imagining what will end up doing with the iPad is to ask ourselves what kind of things keep the bulk of mortals can use the iPad as your computer principal. Today photography is a very important part of our lives, so I can think of few edges better than filing.

Some ideas for iPhoto IOS

Do you think of some more?