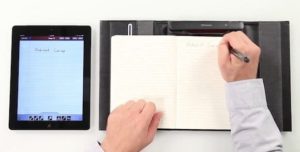 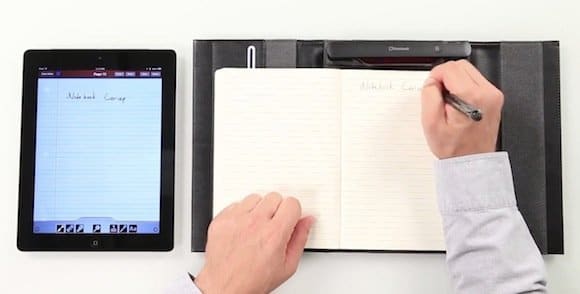 The iNotebook wirelessly transfer your handwritten notes on your iPad via Bluetooth so anything you write in the paper is automatically transferred to your iPad.It is a very interesting proposition for those who like to keep notes but often not very well settled with the iPad even though they wanted to exploit it in further.

The iNotebook can work, even if the iPad is out of range or offline. The special sensor device can store over 100 pages of notes, which you can transfer your iPad whenever you want. To iNotebook supports including annotations, Airplay streaming, organization roundtrips.

The iNotebook offeredat $ 179.99 but unfortunately only temporarily in the U.S.. When we later for disposal in Europe would be properly informed.