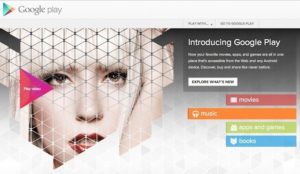 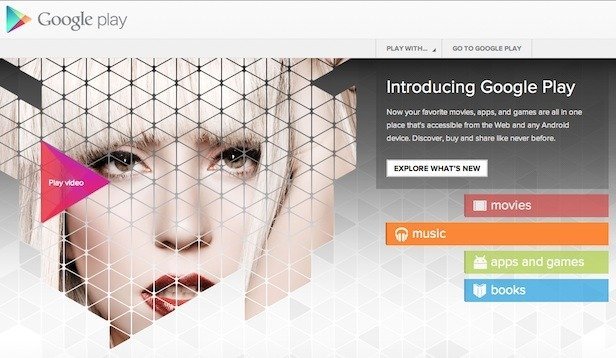 Music, books, movies and apps : Google has announced a single remote reference within which host all the files that the user could use in their free time. The new project is called Play Google and is the cloud that Google intends to bring everything you could want on the desktop as on a cabinet, centering space around you, its tastes and its move.

Google Play thus becomes the organic synthesis of a range of services already widely known: Google Music, Google Android Market eBookstore and become one , a unique marketplace in which the user knows he can find what you want and what has already bought in the past. And the choice is wide from the outset, with the experience accumulated so far by the various services now engulfed in the new brand:

The main feature of Google Play in centrality, however, is storage: no cable service and no synchronization is needed because the cloud becomes the navel of the whole experience, allowing users to store their files remotely to access them Following your liking. But the project takes off in a very differentiated, with Italy at the time included in the group of countries with the lowest number of options available . In our country, in fact, play now, Google is nothing if not the new Android Market because the contents are the same: there are books, music and video, for which presumably requires a deepening in terms of licensing and regulatory compliance national.

Italy is still in good company, while the U.S. is now able to offer the full range of opportunities and promises countries such as Canada or the United Kingdom alone lack the ability to host “cloud” music files.

Your videos, your books and your music files (in countries where possible) will go to Google Play Movies, Play Google Books and Google Play Music. Music, movies, books, and purchased applications will continue to be available by simply logging into Google Play via your Google account as usual.

In the United States kicks off a week of special offers with which the group will promote its new offering with songs, books, films and heavily discounted app: the other side of the ocean should be watching for the moment, wait for the update Android on the devices (if Android Market will be transformed into Google before play within a few days) and hope for a more uniform legal intricacies and conducive to the acceptance of such initiatives. Europe is moving in this direction and in the meantime, interested groups must move in the context of a highly differentiated and uneven legal framework, in which each country requires specific licenses. And where the cloud size can not easily take root.