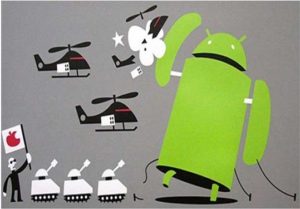 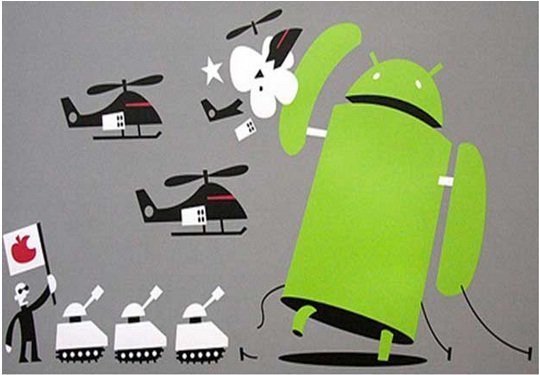 A chapter is added to the end of the novel on the eternal feud between Apple and Google.Actually, more like a fiefdom of symbiosis, because, according to recent reports published by The Next Web , Google is generating more revenue through their involvement on Apple devices , whose mobile operating system itself, Android.

Here, the numbers: since the release of Android in 2008, Google earned $ 550 million .This number was revealed by Charles Arthur, Guardian journalist , who observed in a plea deal between Google and Oracle. But much of the gains do not come from Google’s mobile Android, but advertising that is displayed to users of iPhone.

If we estimate that Google makes a total of 2.5 billion dollars a year in mobile advertising, we can see how much of their profits come from IOS. 2.3 billion, to be exact . Biting the hand that feeds us? Generally animals do (although from time to time, so can an android).

More than 550 million dollars is a small number, but then Google is making 2.3 billion dollars with advertising on mobile devices. The data were released by Google itself, in this plea deal.Google occupies 97 percent of all mobile searches (basically the entire market) and two thirds of those searches come from IOS devices.

Although Android is growing at a surprising (more than 550,000 activations per day) and no doubt will increase the amount of earnings. However, IOS devices is increasing at a rapid pace, and statistics indicate that IOS users are more likely to search through mobile browsers that users of Android. From there we can sense this huge difference between profit.

While Android is gaining more popularity with each passing hour, it is also true that it is too profitable for Google. Consider making more money with search (not just phones, but also through common browsers) that your operating system. What then? Android becomes a loss for Google , but it is a loss that can not fail to address because it is impossible at this stage of the game that Google withdraw from a market that promises to be the future of the network.

This, however, also can be an incentive for Apple to finish destroying all this symbiosis problems you have with Google and decided to find ways to replace it. Remember that Steve Jobs said he would go to a “thermonuclear war” to show that Android and phones was a vile copy of Apple products. We’ll see what happens long term, for now, it seems that Google will not suffer financially.