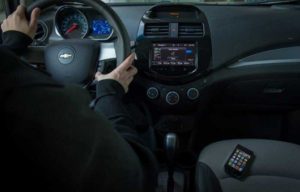 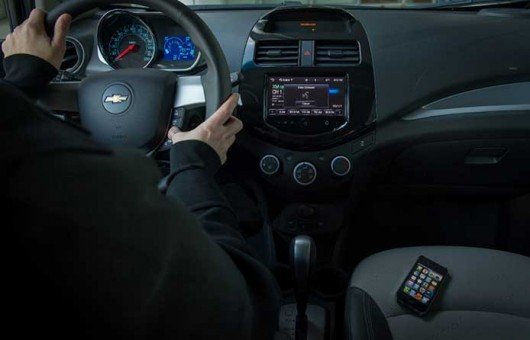 The news is a few hours ago. Apparently, General Motors will incorporate a new feature called “Free Eye” that will interact with Siri which is the wizard voice of Apple , in two of its cars by the beginning of next year.

As the title suggests GM is the first car-maker in the world to implement the technology in a commercial product on their cars.

As reported by The Next Web , General Motors has announced the addition of Siri by the beginning of next year for the Chevrolet Spark (1LT and 2LT), and LTZ and Sonic RS.

And ‘interesting to note that this feature (which is part of the system MyLink Chevy)  will be compatible with an iPhone and iOS 6 in the two cars above, rather than in a model maybe luxury as the Cadillac.

“Safe Connectivity, easy, reliable and portable. These are the top priorities for our customers and integration with Siri helps you to achieve all this by allowing an incredible driving experience.” These are the words of Cristi Landy  who is director of Chevrolet marketing .

Apple Announced as a new feature of Siri in iOS 6, i.e. “Free Eye” which will allow iPhone users to use different voice commands such as ask Siri to play a song or make a call, all without taking your eyes off the road.

Although other manufacturers have partnered with Apple to introduce this system in the future in their own vehicles. Among these, we find names such as BMW, Mercedes-Benz, Land Rover, Jaguar, Audi, Toyota, Chrysler and Honda.