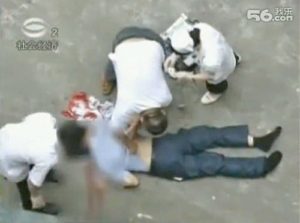 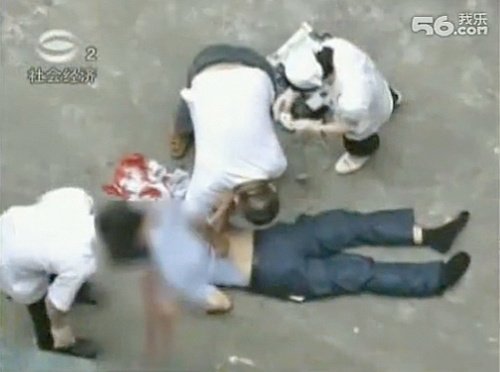 The Chinese branch of Foxconn officially confirmed the suicide of another worker who was hired a month before the incident. 23-year-old man jumped from the window of his apartment in the city of Chengdu.

Taiwanese company Foxconn is known as a collector for the largest mobile electronics core brands around the world – among its partners listed as Apple, Sony, Nokia, Hewlett-Packard and other developers, but is available and its own products. In addition, Foxconn has received notoriety because of severe operating conditions for employees, and it happens, it brings them to suicide.

One only factory in the Chinese city of Shenzhen since the beginning of 2010 took his own life at least 16 workers, and the previous year employee of the company could not stand the responsibility for the loss of one of the prototypes of Apple iPhone. Earlier this year, threatening mass suicide of over 300 management workers employed in the production of game consoles, Microsoft Xbox 360. Only calmed the protesters arrived at the scene the mayor of the city.

Apple as a major partner Foxconn is often criticized for cooperating with this company, and in order to appease the disgruntled, the two companies in March and had to sign an agreement to commit themselves to improve conditions for workers Foxconn. In particular this applies to those 1.2 million workers who are engaged in production lines for assembling iPhone and iPad. As a result, in mid-February, Foxconn has announced that the salary of the enterprises increased by 16-25%.

However, a significant improvement in working conditions for workers Taiwanese would mean additional costs, which, in turn, would entail an increase in the price of the assembly for the U.S. and other partners. In this regard, about a year ago, Foxconn has officially announced plans for large-scale conversion of assembly lines and mass introduction of robotic systems that will be created specifically for this purpose. This will reduce the cost of each assembled unit.

As for the latest incident, it occurred in a residential complex close to the company’s plant in Chengdu. Investigating the causes of the tragedy at the moment engaged in law enforcement.