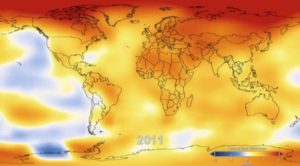 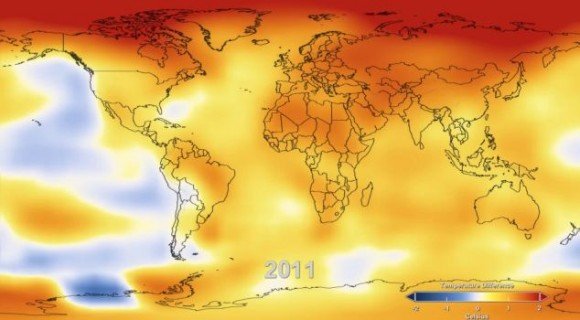 Quite often we hear about global warming, particularly after the industrial revolution in the late 19th century, and the Goddard Institute for Space Studies (GISS) in NASA created the stunning video below to visualize the change in temperature of the Earth from 1888 to today.

According to James Hansen, director of GISS, despite the “coolness” that brought the occasional hurricanes, monsoons, etc. and low solar activity over the last decade, the 2011 is within the 10 warmest years experienced planet (inside measurement of course), and seems to go even higher temperatures in the coming years.

Note that the hottest place on Earth is Death Valley, California, with a record 56 degrees Celsius in 1913, while the average temperature in 2011 rose by 0.5 degrees Celsius compared to the middle of last century.

Those interested in more, you can see the full video of NASA here .