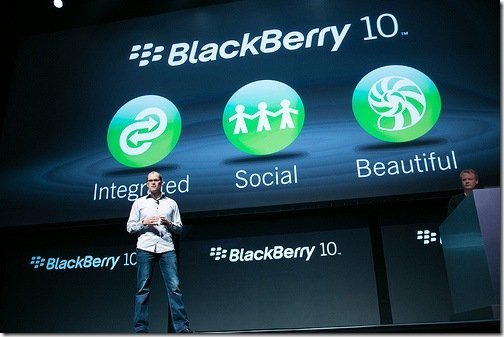 In an effort to provide customers with an adequate number of applications to the launch of BlackBerry 10, RIM is providing developers with a new prototype smartphone so as to encourage them as much as possible to work on the app for the new operating system. The device is called the BlackBerry Dev Alpha C and its availability was announced during the BlackBerry Jam Asia event , being held in Bangkok. In this event the Canadian manufacturer has removed the veil to other news about the BlackBerry universe.

The new prototype of smartphone will allow developers to test their applications on a device that, unlike the other Dev Alpha proposed so far, has a physical QWERTY keyboard. Are 1500 units that Research in Motion is putting at their disposal, which will be awarded on the basis of a point system that is based on the number of apps that every developer is already in the marketplace, the number of porting Android app already made and other factors.

In addition to the Dev Apha C, the developer has been made available to a BlackBerry 10 Gold SDK that will allow them to enjoy more tools for creating applications dedicated to the new platform. Adds support for the installation of the IDE on Mac OS X, an update to the Visual Studio plugin, compatibility for WebWorks app built with HTML5, new APIs, and other features.

During the BlackBerry Jam Asia, Research in Motion has also announced a change of name for the symbolic own application store which went from BlackBerry App World BlackBerry World in a more concise . This choice is motivated by the fact that the virtual store are now available for several types of content such as music, film and video, and not just applications. This is a move similar to that made by Google in the past when it renamed the Android Market to Google Play  for the same reason.