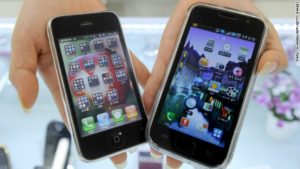 Meanwhile Apple sued Samsung has violated another patent and claim a share of the profits of the iPad and iPhone.

Consistently ranked in the list of companies known for keeping secrets in the world, but now Apple is for the public to see a rare view into the way they create and commercialize products it through their trial with Samsung. Two major Apple executives were present at the hearing in the 6th past, recounts the story of the iPhone and Samsung to their impact. 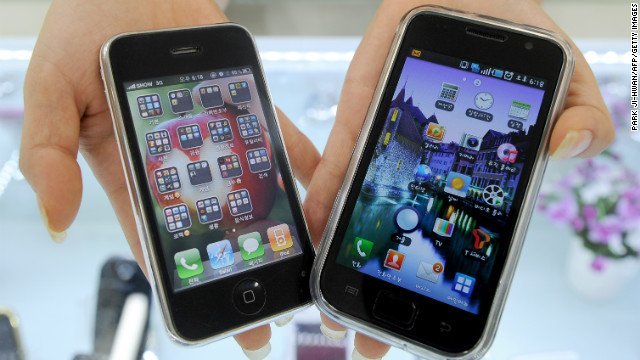 As far as what the two executives said during the trial, after success with the iPod in 2004, Apple executives began to think they need to do next. There were so many ideas are given as: manufacturing cameras, cars, something the way out. They eventually find a common point is that they are required to use the phone but the problem is they hate the way communication with users of those operating systems that handset. Apple started to experiment with touch screen and all of them, including Steve Jobs would agree with the use of this technology for the phone.

The group started to try and up the secret plan. The work is divided into groups in charge of hardware design and software. Steve only allows the use of human resources within the company and everything they do they must be absolutely confidential. This plan is called Plan purple (purple project), all participants are only discussed it at work is strictly confidential security cameras installed along much recognition system.

Schiller has accused Samsung ate design of the iPhone and the iPad, an imitation of them have proved to consumers hesitate in choosing and making it difficult for Apple’s marketing team. He is shocked to see the Galaxy S models are extremely similar to mimic Apple’s products.

Apple has spent over 647 million dollars for the marketing of the iPhone and the iPad 457 million in the U.S. respectively. According to HP, a customer is easily confused with products of similar design to the iPhone and Samsung unknowingly purchased a competitor’s product. The evidence is that the Samsung also sells many products through the same system stores like Walmart, Verizon, AT & T and Best Buy as Apple.

Although Apple’s revenue is still strong, even the success of the iPhone has become legendary Silicon Valley, executives at Apple is aware of the immediate threat. When they have lost customers confused by the similarity in the products that Samsung sold. Apple said that it is not merely lose a phone or tablet that takes away it was buying habits of customers for its products. So when a customer buys a product of its environment that gives them a positive experience, they will be used and tied to that environment. Apple will lose that customer for years because they were familiar with the use of environmental products similar to the original product they use. And this will certainly impact the sales of Apple.