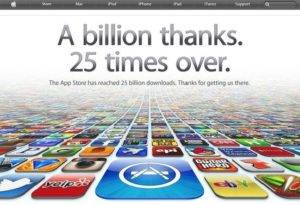 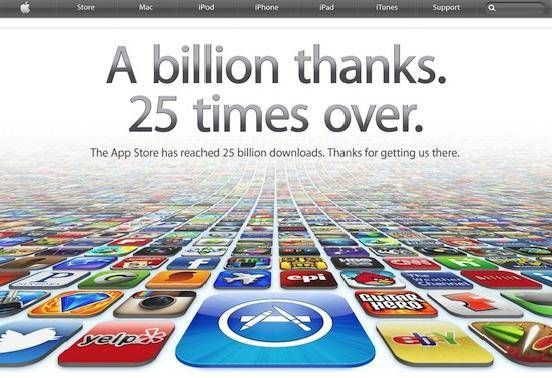 Just two weeks ago that Apple put its traditional surge counter to announce that soon reach a new record, and this weekend we have come to him. Apple is celebrating the 25 billion downloads of its Apple Store , a number that any other similar store has been achieved.

As before, the lucky number that you downloaded 25 billion will be a treat: a worth of ten thousand dollars to the App Store , the Mac App Store or iTunes Store. A good reason to go crazy and spend a whole day buying things in the virtual stores of Apple, is not it? So far Apple has not announced the winner.

Apple already has over 550 thousand applications in the App Store, and the pace of downloads is increasing . To get an idea the last ten billion downloads have been done in ten months, while it took over two years to reach the first ten billion following the launch of the store in summer 2008. The launch of a new iPad revive in a few weeks even more developers and these downloads, so the picture is not just pessimistic.