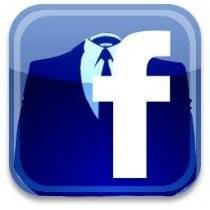 Anonymous cluster has hacked e-mails from the government of Iran, the Pentagon, it is likely that the IMF, News Corp, Anders Breivik Twitter account, and now has a new target in his sights Facebook. Hackers have set a date for the demise of Facebook on Fifth of November, 2011. The reason given that ‘They are Concerned about privacy’. Complete text detail of the press release is given below

Attention citizens of the world,

We wish to get your attention, hoping you heed the warnings as follows:
Your medium of communication you all so dearly adore will be destroyed. If you are a willing hacktivist or a guy who just wants to protect the freedom of information then join the cause and kill facebook for the sake of your own privacy.

Facebook has been selling information to government agencies and giving clandestine access to information security firms so that they can spy on people from all around the world. Some of these so-called whitehat infosec firms are working for authoritarian governments, such as those of Egypt and Syria.

You cannot hide from the reality in which you, the people of the internet, live in. Facebook is the opposite of the Antisec cause. You are not safe from them nor from any government. One day you will look back on this and realise what we have done here is right, you will thank the rulers of the internet, we are not harming you but saving you.

The riots are underway. It is not a battle over the future of privacy and publicity. It is a battle for choice and informed consent. It’s unfolding because people are being raped, tickled, molested, and confused into doing things where they don’t understand the consequences. Facebook keeps saying that it gives users choices, but that is completely false. It gives users the illusion of and hides the details away from them “for their own good” while they then make millions off of you. When a service is “free,” it really means they’re making money off of you and your information.

Think for a while and prepare for a day that will go down in history. November 5 2011, #opfacebook . Engaged.

“Killing Facebook for the sake of their own privacy” – that sounds strange returning from folks that routinely steal non public data, and that, please? however that echoes the manifesto of a connected cluster, LulzSec nihilistic perspective on the state of the net category sense. According to an excerpt:

Do you think every hacker announces everything they’ve hacked? We certainly haven’t, and we’re damn sure others are playing the silent game. Do you feel safe with your Facebook accounts, your Google Mail accounts, your Skype accounts? What makes you think a hacker isn’t silently sitting inside all of these right now, sniping out individual people, or perhaps selling them off? You are a peon to these people. A toy. A string of characters with a value.

This is what you should be fearful of, not us releasing things publicly, but the fact that someone hasn’t released something publicly.