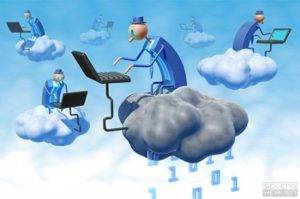 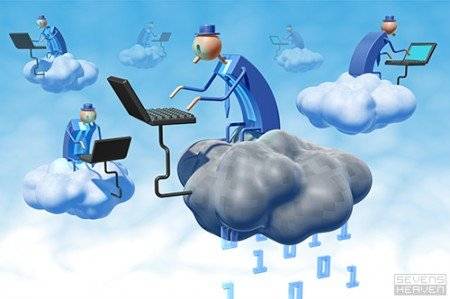 Business Software Alliance (BSA) , the greatest defender of the software industry,launched the report of global cloud computing, which ranked 24 countries.  They include the reclassification of government policies relevant to the growth of computing in the cloud. Laws and regulations were evaluated in countries representing 80% of the information and communication technology in the world.

Martin Carranza Torres is the spokesman for Argentina BSA, an association of more than one hundred global companies that invest in creating software solutions to stimulate the economy and improve modern life. Through relationships with governments, the protection of intellectual property and educational activities , expand the horizons of the digital world and solidifies the confidence in new technologies and developments promotive.

The BSA offers governments a plan of seven items for policies to expand economic opportunities in the cloud:

What are the aims and conclusions of this report?

The report aims to establish a kind of ranking of the legal and institutional adaptability of different countries for their integration into the world of cloud computing.

The first placements in robustness of policies related to the cloud went to Japan, Australia, Germany, USA and France. Within Latin America were analyzed to Mexico, Brazil and Argentina, which were positioned in that order. The rest was left off the list for not meeting the requirements.

Brazil is the worst placed of the three, as it was among the last along with China and India . The BRICs are complicated, among other things, the legislative maze and there are too many regulations that overlap and contradict each other, so that it becomes very difficult to understand what is the framework within which to work properly on cloud computing. We analyzed these variables and arises an advantage for Mexico, among other things according to their best fit from the commercial point of view. That country has a free trade agreement with the U.S., therefore, the passage of goods, personal information and copyrighted material has a fairly uniform security mechanism, so it was better positioned.

Brazil does not have these features but has other advantages as, for example, along with Argentina are two countries with the highest broadband penetration. That positions them and gives them a very important base of support because the greater mass of people connected, more ability to sell products and services through Internet. However, obstacles to free trade appear to be an issue to consider in both cases.

What is cloud computing?

It involves bringing the content that you used on the Internet from personal computers to external servers . That is the reason that the devices we use are becoming less processing power. We sell Internet-connected devices to the end that all tools are in this cloud. Cloud computing requires three qualities: connectivity, permanent power and security.

In fact, social networks operating under this format, we do not carry information on our computer but the load on Twitter, for example, and it spreads it across their networks. Any trade, traffic and communication will go through this new platformthat, slowly and spontaneously, is generated through these incentives.

How governments can prepare to implement the cloud? What are their advantages and disadvantages?

Cloud computing is inevitable and eventually diminish as the tools do not work under that mode because, among other things, will become meaningless. All communication, exchange of books, intellectual property content, music and to television is a form of cloud.

Of course, the basic function of government is the creation of infrastructure . In addition, a number of regulations which must be greater precautions. For example, in regard to the union as a ‘data center’ that is at risk of being subjected to extortion union according to their contents would generate a critical problem: the legislative framework should also include that. You have to solve legal problems, legal framework, institutional, regulatory compliance and barriers to free trade.

And is that the incentives to invest in this have to do with legal certainty and the long term, since they are very large investments in infrastructure and are amortized over time. The stability of the legal framework is very important.

What are the best prepared countries in Latin America?

Mexico is in a good position in terms of its free trade agreements. Brazil is having a significant growth in infrastructure and has some very interesting developments in content production. However, Argentina and Mexico are in a better position to be regional leaders in South America, as Brazil has a very critical problem for the language.

Argentina has a good chance in the generation of content and experience in software development, which potentially place it in a good situation. Uruguay it has as its main market for the sale of software but now is in serious trouble because of the restrictions that Argentina puts foreign products , without considering where they come from.

Then Uruguay may start looking to the rest of the South American market as a destination, leveraging the know-how and experience you have. Also Colombia is in an interesting position, because, outside the U.S.,  has the ‘data center’ largest in the world because, among other reasons, the city of Bogota has the best provision of electricity in South America.

File Server in the Cloud: This Should be Considered When Choosing Suppliers