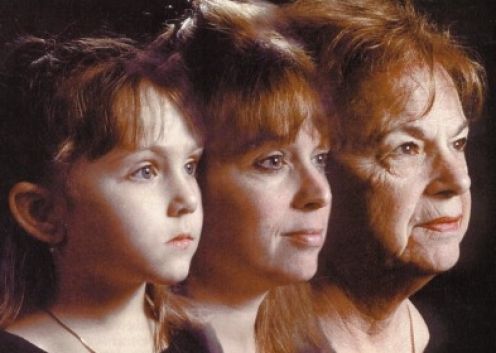 As Liesel opens his eyes, it’s not really bright But this is nothing special. You always wake up so early. For decades. Earlier because of the children and her husband, who had often early shift. Now retired from the normal routine. Longer she rarely sleeps.

As Liesel hears the friendly “good morning” from Vipke she grins. Vipke is one of the nurses who care for them. Vipke every day for them. Lisa is about 2-3 times a week in addition. It has both very fond of and is always happy on a conversation. She likes to tell of the past. Of their children and of the many holidays that she has made. Although Lisa has rarely longer time. Since the collapse of the health system 30 years ago, the money is dwindling and it serves some 100 people per shift.

Today, a conversation with their doctor. Vipke she has already recalled.The Liesel angry now and again, because despite their 94 Jahreist not so forgetful, as many believe. Sometimes Liesel also makes a joke of it and reminds Vipke to their own appointments. That it is so fit, of course, would also Vipke. For the doctor’s visit, they must not leave the house today. She has lived for about eight months with her husband in a special care facility. The apartments are designed to meet them including the nursing staff, they care.

At the beginning, Liesel had to get used to the technique with which it treats as a matter of course now. For example, the huge TV that hangs on the wall in the living room and on the afternoon she talks to her doctor. That saved her many times in the course of the city, just like before. And even if they must be in the doctor’s office, which is not as expensive as before. The nursing home has many different units, which are summarized in a large residential complex. There also various medical centers are integrated. These supply and the beautiful little park, which all units are connected to each other, are among the reasons why this device may Liesel Sun Because she loves walking and the small ponds with the many ducks that are created in the parks.She always reminds her two grandchildren with whom she used to always feed the ducks.

Although Liesel sometimes misses the more personal conversations with the doctor or the pharmacy, they appreciate the new possibilities of technology but. For instance, the integrated communications system through which they with each tenant of all housing units can easily get in touch. You especially like that the image of the caller is transmitted and there is the possibility to leave a video message if no one is even reached. She liked it that is never to talk to an answering machine. Also the opportunity to order different things or get the recreational facility provides that platform.

Today, however, Liesel would not eat breakfast. She gets this lunchtime visit vonihrem grandson and a member of the nursing facility.She promised her grandson to cook something delicious again. Both see themselves not so often, as he is too busy. She knows it.“Something to do with computers,” she says always proud when she talks about him. Understand you correctly but it has never been what he’s doing, but she is not bad.

Vipke friendly but she remembers it, but a bite to eat. You must still take their pills viz. These attentions appreciate Liesel. Are not only reminiscent of the capture, but also the fact that tablets are to be taken when and in what quantity. She has previously thrown occasionally confused. If they are no longer safe, they can simply ask Vipke anytime. Even at pre-and follow-ups reminiscent Vipke she always liked. And before a drug runs out, Vipke ordered quickly for something.So does Liesel have to worry about it. And if they even have a drug in your hand and do not know what that is, it needs the package to show only Vipke. She knows exactly Liesels drugs and assists them then. If the doctor prescribes something new times, the drugs are already available at home. Supplied directly from the exclusive under contract pharmaceutical company, a subsidiary of the operator of the nursing home.

When the two visitors arrive to Liesel delighted. The food is now also ready and is waiting on the table. Lisa is also a short time later. Today is Wednesday, and therefore one of the days on which they visited Liesel regularly.

Mr. Michel, the nursing home staff is, about every three months. He wants to check with Liesel if everything is in order. If there are problems with the device, or if it works. Liesel would like to thank for their support and assured Mr. Michel that she is satisfied. So far, no problems have surfaced.

Lisa interrupts the two only reluctantly, but the conversation with the doctor is still waiting. She accompanied Liesel the living room where Vipke has already established the connection with the family doctor.

Meanwhile remain Mr. Michel and Stefan still sit a bit. There is to clarify a few business things. Stefan is concerned. The media have reported again on dips in the central database of the company AgeTech ™. It operates the technical facilities not only the nursing facility, but hundreds across Europe. He is concerned about what data is stored and for how long. Mr. Michel tries to calm him down and there is no danger. The burglaries have actually taken place, but only in unimportant systems. He asks Stefan about a follow-up appointment in his office to resolving outstanding corporate privacy and technical things.

Meanwhile Liesel also finished with the conversation. You and Stefan want to walk in the park yet. She did that repealed a few dry pieces of bread in order to feed the ducks. Just as before.

On the way to the elevator, they pass many other apartments. The doors all look the same and the floor is white and brightly lit though, but a bit grim. Liesel finds that after many months yet. Happy she is about to have taken a lot of personal furniture. So at least their apartment is furnished almost like before.

Down both ride the elevator. A staircase is in place, but 60 floors are far too much. The voice control is Liesel still funny and strange at the same time. She dares not really know to tell the elevator where they want.

Once in the park, they talk about Stefan’s childhood. The visits to the park, feeding the ducks and the many times he has stayed with Liesel.

Much time the two, however. Liesel is wearing a device around the wrist that looks like a heart rate monitor. It is the interface to the care system. Vipke obviously has access to it. Thus, the values ??of Liesel be monitored. Not only the pulse, as before, but also blood pressure and the settings of the pacemaker. All other values ??checked her family doctor, but still saves the data from the central system, so that any time they are available. A health insurance card no longer has Liesel.They had to leave the catchment.

Not only the values ??can be controlled with the device, but it is also integrated a communication system. In Vipke can always contact Liesel contact and determine their location. The Liesel sometimes quite annoying. Just as now, when she is asked by Vipke to come back to her apartment, because it’s time for dinner and the drugs.

Stefan and Liesel say goodbye to the park because he has the same work again. While Liesel is on the way to your apartment, Stefan is brooding. Whether it was good to his grandma here to sign up? The service is good, no question, but the monitor, open data protection issues and the cost is the other side of the coin. Liesel is the only place to get, because Stefan has contacts through his employer for company AgeTech ™. Otherwise, no one could afford it in the family accommodation. He works for a subsidiary of AgeTech ™, one of the main developers of Vipke. VIPKE is the Virtual Intelligent maintenance and control unit of the complex. They not only monitors all 4,000 people this care facility, but also all the other company AgeTech ™. It is the central artificial intelligence, specifically designed for the healthcare sector.

The breakthrough in the field of artificial intelligence 25 years ago, he can still remember well. He was only 14, and the media were full of reports on the achievement. Most exuberantly positive, though not all.Today he is no longer so sure that all was well. “You dies later go there?”, If his son had once asked when he visited him with Liesel. “Do not know yet,” he had to answer after being superior.

Take more time for his grandmother, but he wants to anyway. Even though he has made it many times. On weekends, he comes back here. Talk to Grandma. And feed ducks!