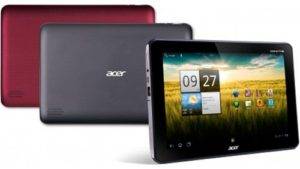 The tablet Acer Iconia Tab A200 had already spoken at the beginning of December, with the spread of a promotional video and technical specifications integrated. Now the device returns to show, with the first official images and information published on the Net on the date of marketing, set for Europe  in February 2012 . 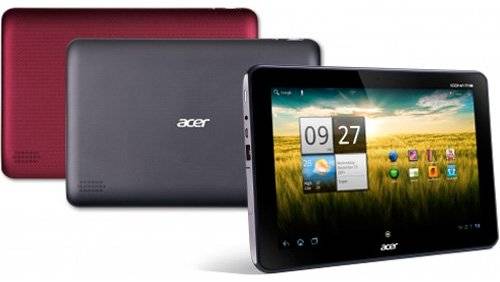 The operating system will be installed initially Android 3.2 Honeycomb , already provided with an update to Android 4.0 Ice Cream Sandwich which will be released post-launch. Confirm the hardware components listed in the past few weeks, or a processor NVIDIA Tegra 2 1 GHz, 1 GB of RAM and 10.1-inch display with a resolution of 1280 × 800 pixels.

Two cuts planned internal memory, 8 and 16 GB, sold 329 and 349 euros respectively. Many think the colors from Acer for the body of ‘ Iconia Tab A200: red and gray metal. Are among the specific also a slot to read microSD, up to a maximum of 32 GB, and the interface Acer Ring customized.