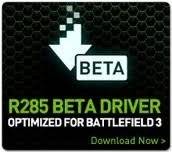 The first day of the last week of September ends, but there is good news – the final version of Mozilla Firefox 7.0, the browser is available for Windows, Linux, Mac.

Today, as promised by NVIDIA, a new beta version of the driver..