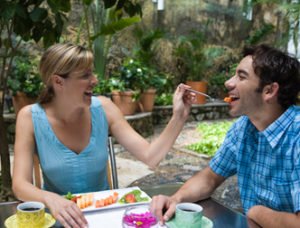 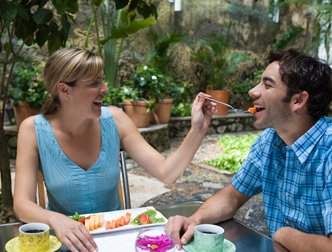 People who consume lots of vegetables and fruits, it is easier to stop smoking. This may be due to the fact that the fruit contains a large amount of fiber as well as their ability to degrade the taste of cigarettes.

Regular consumption of fruits and vegetables may help some people to give up cigarettes. It found American scientists from the University of Buffalo, according to Foxnews .

They conducted telephone interviews with 1,000 smokers aged 25 years. A year later, with little to be contacted again and asked if they could give up the habit. Among those who consumed large amounts of vegetables and fruits, has refused to drop more. In addition, fans of such products smoked fewer cigarettes per day, after lighting a cigarette first morning, and generally showed less dependence on nicotine than participants not consuming fruit.

Scientists note that the results remained stable, regardless of age, sex, education and income level of participants. Also, they are not related to the amount of alcohol consumed and any drugs.

“We may have found a new way that can help to stop smoking,” – said the study’s author, researcher at the University of Buffalo Jeffrey Haibach.

He noted that the mechanism of the phenomenon is unclear, and further studies will be aimed at trying to figure out the causes which impel lovers of fruits and vegetables is easier to give up nicotine. Among the assumptions – the ability to degrade the fruit taste of cigarettes, as well as high levels of fiber, which nourishes the better. It helps smokers not to be confused with the desire to smoke ordinary hunger, said Jeffrey Haibach.