A large metal ball, 35 centimeters in diameter fell from the sky last month, but the incident was made pubic until yesterday.

Scope collapsed in Namibia and yet the authorities do not know exactly what it is. They say however that might be a fragment of a spacecraft.

The sphere is hollow and is made from a metal alloy known people, according to the director of an institute in Namibia, Paul Ludik. Metallic sphere was found near a village north of the country.

Locals have heard several explosions nearby, and after five days they found the metal object,” said Ludik. 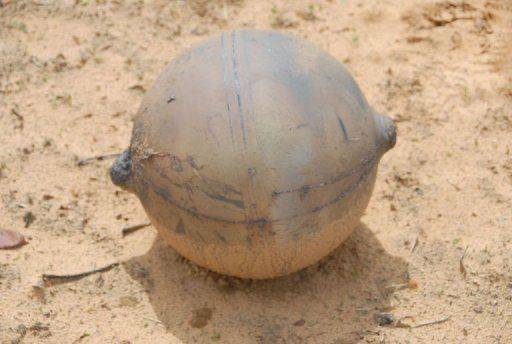 It weighs 6 kilograms, and the impact with the ground left a crater about 4 meters in diameter. Namibian authorities have reported the incident to U.S. and European space agencies.