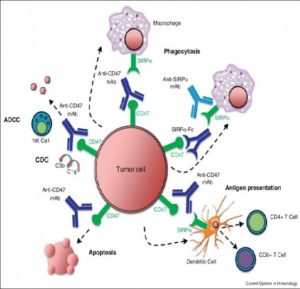 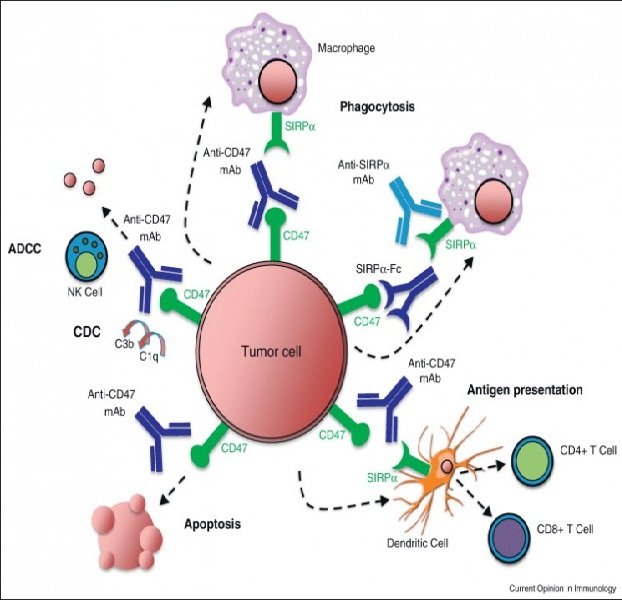 Through the investigation started a decade ago, the team of biologist Irving Weissman of Stanford University has announced a single drug to reduce or cure all kinds of tumors such as ovarian, breast, colon, brain, bladder , liver and prostate. A finding that the researchers found after implantation in mice. Treatment through an antibody capable of blocking the signal “not eating” that usually occurs in tumor cells , tricking the immune system and preventing destroy cancer cells.

As I said at the beginning, Weissman’s own investigation started 10 years ago who found that leukemia cells produce higher levels of CD47 protein than healthy cells.

The researchers found that the CD47 was shown in healthy blood cells , a way to pass that alerts the immune system as they move through the circulatory system, giving the “alert” that should not be “eaten”. The types of cancer take advantage of this indicator to fool the immune system, producing that ignore them.

Weissman and his team have shown over the years that blocking CD47 with an antibody could cure some lymphomas and leukemia in mice. The reason was that stimulation of the immune system back to recognize cancer cells as invaders.

Discovery released few hours ago shows that blocking CD47 with an antibody has a much broader impact in leukemia and lymphomas. According to the scientist:

What hemos4Y? Shown is that CD47 is important not only in leukemia or lymphoma. It is in every one of the primary human tumors we tested.

To determine whether blocking CD47 was beneficial, the scientists transplanted human tumors in mice so that they could be easily controlled. When the rodents were treated with CD47 antibodies, the tumors shrank and did not extend to the body. Tests carried out successfully in seven tumors.

We have shown that even after the tumor from taking over, the antibody can cure the disease or slow its growth and prevent metastasis.

From this research opens a new door to hope. Researchers such as Tyler Jacks, MIT, indicate that the study can not be more promising but warns that more research is needed to see if the results are valid in humans. According Jacks:

Weissman announced that it has received a donation of 20 million from the California Institute is expected to draw conclusions from studies with safety test in humans:

We now have sufficient data. We headed for the first phase of human trials.