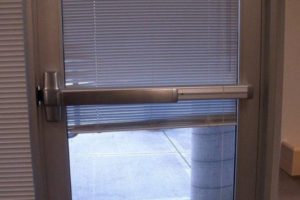 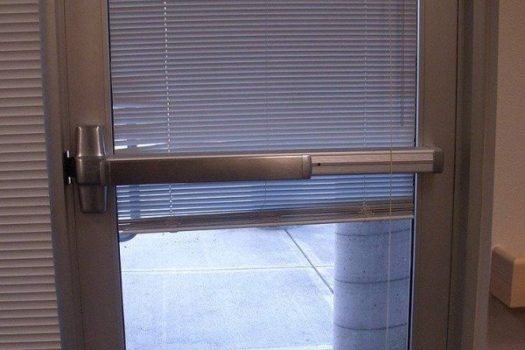 Panic Bars are the types of push bars or exit devices that are used with the exit doors to give an easy way out. These are also known as “crash bars” or “panic devices”. Usually, locksmithing services such as locksmith in davie and others help in installation of such bars in specific locations in the building such as assembly areas, doors at the locations where many workers are present, or doors with some hazardous areas.

This bar has a spring-loaded metal bar attached horizontally to the inside of an exit door. Pushing or depressing the lever activates the mechanism to open the door helping the people inside the building to leave the building in no time.

It has been found that by the end of the previous century, many buildings in different countries have codes to open the doors. These bars are used in different organizations to give protection to people working in buildings related to those organizations.

Crash bars are installed to these types of doors to save lives in cases of incidents such as fire accidents or from any other emergency situations such as explosions. People can easily pass through these doors without any reduction of speed. This helps in reducing further incidents as a result of rush such as falls, crushing and injury.

Different countries have different standards and codes as for example in U.K., British Standards EN179 is applied for workplace access and EN1125 is applied to panic hardware for public access buildings while Building Code and local fire department or fire marshal requirements usually regulate the exiting requirements in U.S. If we look at it historically, British government started considering minimum standards for such safety bars in the end of 19th century after the events of the Victoria Hall disaster in Sunderland, England.