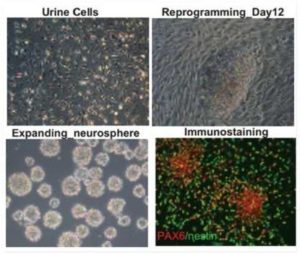 Looks like a tabloid heading but it is not. Chinese scientists from South China Institute for Stem Cell Biology and Regenerative Medicine have generated human neural progenitor cells (Neurons ) from epithelial cells that emerge with urinate. 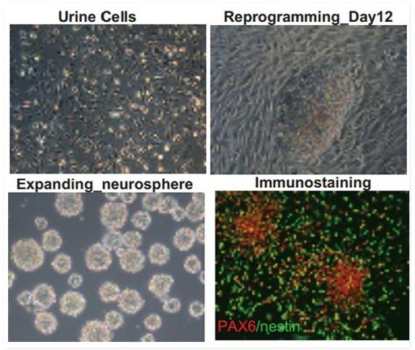 Previous studies have shown that human cells (Neurons ) can be differentiated and specialized and transformed into other different cells by simply giving a cocktail of transcription factors-proteins that turn on and off genes which perform reschedule function.

In the history we saw some examples. In 2011, a team of researchers from the School of Medicine, Stanford University (USA) managed to transform skin cells into neurons. Another team of Kyushu University (Japan) Convert fibroblast cells into liver cells .

In these studies, the genes encoding the transcription factors necessary to reprogram the cells is inserted through a virus (vectors) which, by its nature, integrates its genetic material into the genome of the infected cell. However, integration can occur in a critical region of the genome causing problems in the development process.

To avoid the problems associated with viral vectors, Chinese researchers led by Dr. Pei used During episomes. Episomes are small pieces of DNA free with the ability to replicate and be transcribed independently and are not integrated into the genome host. A typical example of an episome are plasmids.

Then the episomes carrying all transcription factors required for cell reprogramming ( OCT4 (POU5F1) , SOX2 , SV40LT , KLF4 and MIR302 microRNA-367) were introduced in epithelial cells obtained from the urine of a man of 37 years by electroporation (a technique using electrical pulses for permeability of the cell membranes and allow the entry of foreign DNA molecules). A couple of weeks later, 0.2% of epithelial cells became parents of brain cells.

When Pei and his team put the reprogrammed cells in media used to grow neurons, they expressed specific markers of very specialized cells such as neurons glutamatergic, GABAergic and dopaminergic and astrocytes. Even showed action potentials indicating that they were fully functional.

Finally, to demonstrate its potential use in the treatment of neurodegenerative diseases, the researchers transplanted the reprogrammed cells in newborn mice.Four weeks after transplantation, it was observed that the cells were well-integrated in animal’s nervous system and did not develop tumours.

Without doubt, the study is a major step towards the use of cell reprogramming in the treatment of diseases associated with the nervous system.

The advantages over other techniques is that the genes of the factors used for cellular reprogramming not integrate into the genome of the treated cells which reduces the risk of problems occurring in development.

Moreover, the time it took to transform an epithelial cell in neuronal was much faster compared to using induced pluripotent stem cells (iPSC). And when used with cells of the same patient which will make the treatment then chances of tissue rejection or allergic reactions are lower.