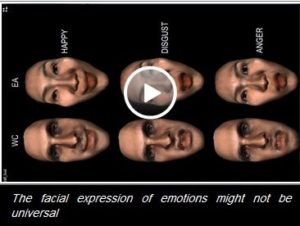 The article is published in the journal ‘PNAS’.

At the other end of the world, open your eyes and mouth can be a very little if the inhabitants of the antipodes no surprise that they can identify the signals transmitted in face of the tourist.

The most accepted hypothesis in biology and social studies established that facial expressions of six basic emotions (happiness, surprise, disgust, anger, fear and sadness) are universal, but the findings of a study published this week in PNAS show that communication of emotions changes as a function of culture.

The data show that facial expressions are not universal, but have evolved and diversified from its core evolutionary roots to improve communication of emotions in social interaction,

says Rachael Jack SINC, a researcher at the Neurosciences Institute and Psychology at the University of Glasgow (United Kingdom), and lead author of the work.

The team of European scientists conducted a cross-cultural research with 15 subjects and 15 other Eastern Western. All were asked to identify their ethnicity in people and other cultures the emotions conveyed 4,800 animations of faces.

Westerners distinguish the six basic emotions, whereas Easterners overlapping some of them. Especially confused surprise, fear, disgust and anger. 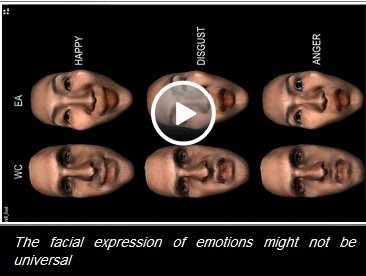 In relation to the intensity of emotions, on a scale of 1 to 5, the East noticed the signs of the eye region to recognize the degree of happiness, fear, disgust and anger in a person. In contrast, Western deduced the magnitude of emotion by other facial muscles.

These results contradict the theory that developed the naturalist Charles Darwin in his book The Expression of the Emotions in Man and Animals , a work that helped to reinforce the hypothesis that facial expressions are part of a universal language for all cultures recognize the signs of the inner emotions of individuals.

Teaching Tips Have Been Changed With Changing Times